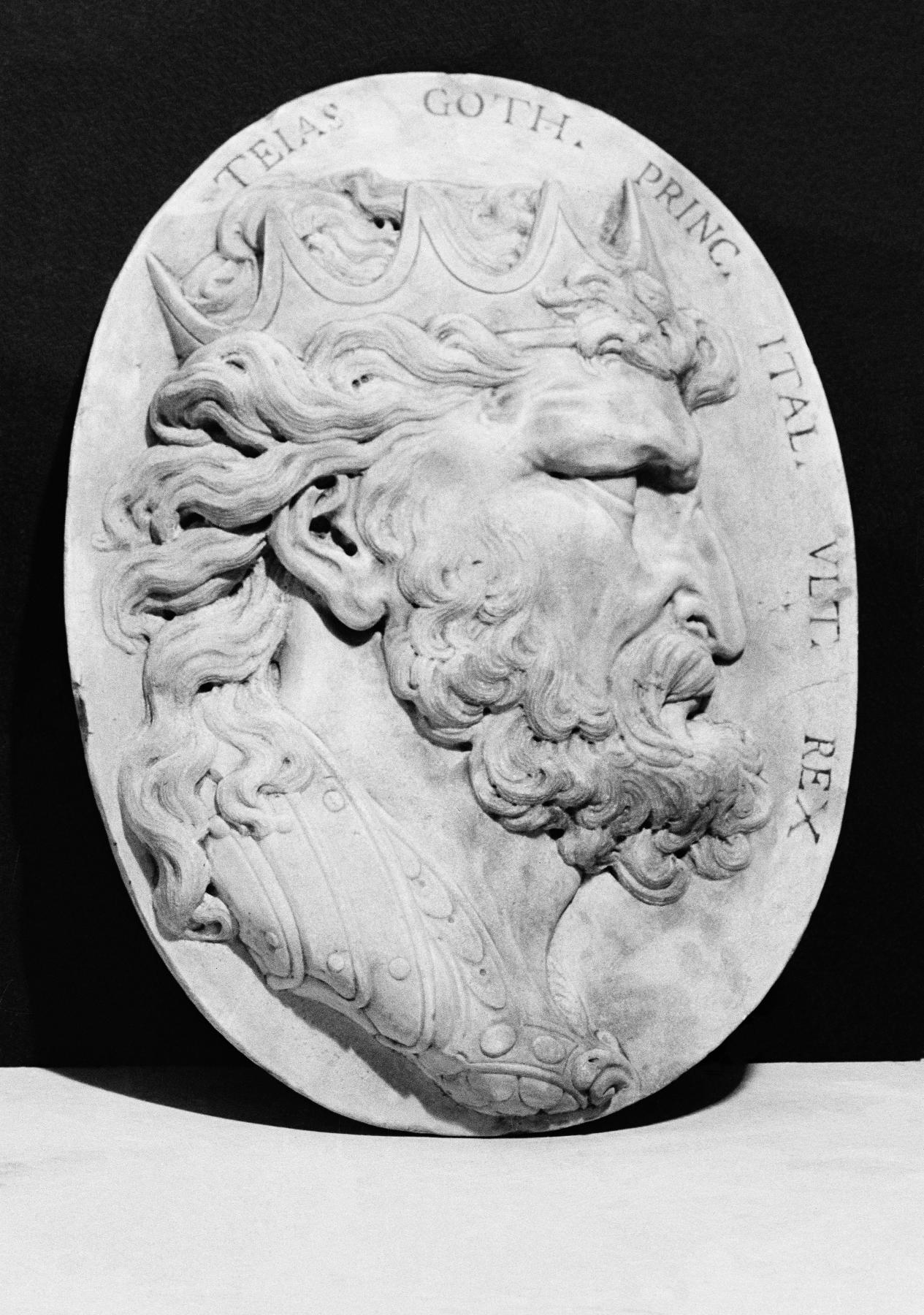 Medallion with Portrait of Teias, the Last Ostrogoth King of Italy

Teias was the last of the Ostrogoth military rulers of Italy. He was defeated by an army from Byzantium in 552 or 553. This idealized relief portrait is from a series of portraits of the early kings of Italy (Walters 27.483-488). There are related relief in various European collections. Owners of great palaces, especially ones whose wealth was based on new money, wanted to associate images of power from the past, not only from Roman history but also the local kings who achieved regional power in the early Middle Ages. Bonazza, who worked in Venice and Padua, has here created a pattern of light and shadow that makes the faces legible from a distance, important because these medallion portraits were probably intended to be installedon the upper walls of a courtyard. The title is a translation of the Latin inscription. 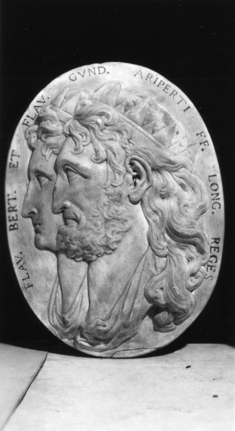 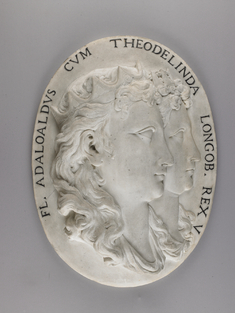 Medallion with Portraits of Flavius Adaloald, King of Italy, and his Mother Queen Theolinda 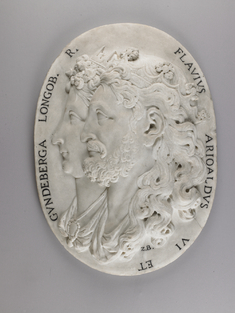 Medallion with Portraits of Flavius Arioald, Lombard King of Italy and his Wife Gundiberga