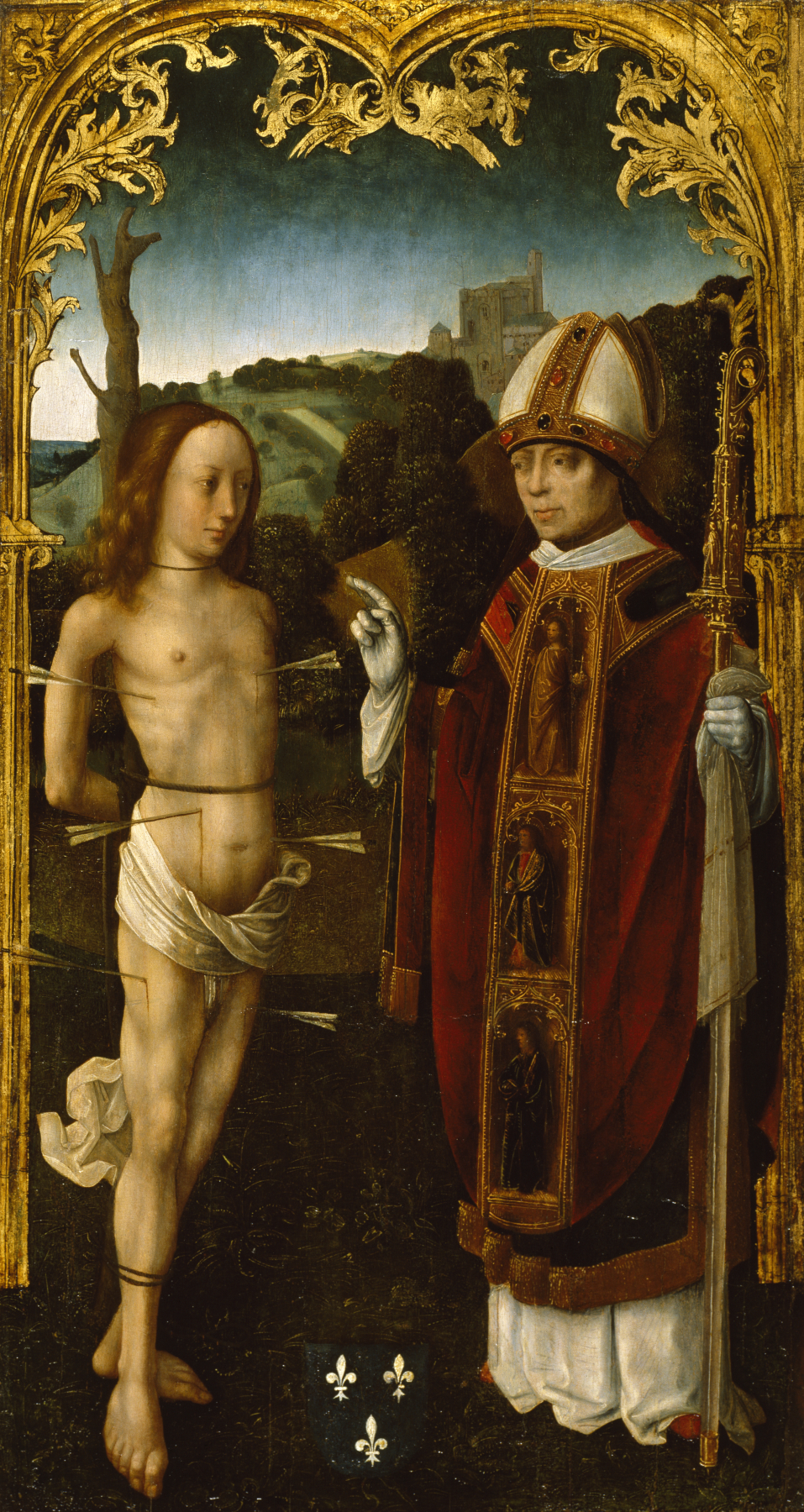 Saint Sebastian and a Bishop Saint

The ethereal but naively drawn figures set against a landscape of flattened mounds are typical of the haunting compositions of this master, identified only through a group of works related to a painting of the Virgo inter Virgines (Virgin among Virgins) now in the Rijksmuseum, Amsterdam. The small town of Delft, where woodcuts of his designs were published and where he is presumed to have worked, was far from the sophisticated cities to the south, such as Bruges and Ghent. Elongated panels, such as this one, typically functioned as the wings of an altarpiece. The presence of a coat of arms with the "fleur-de-lys" (lily) of France suggests that the altarpiece may have been commissioned for someone connected with the French royal court. 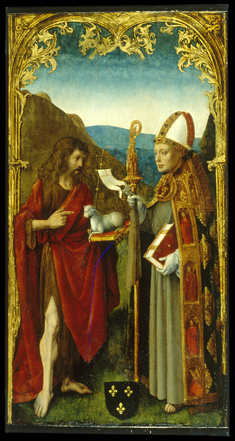 Saint John the Baptist and a Bishop Saint