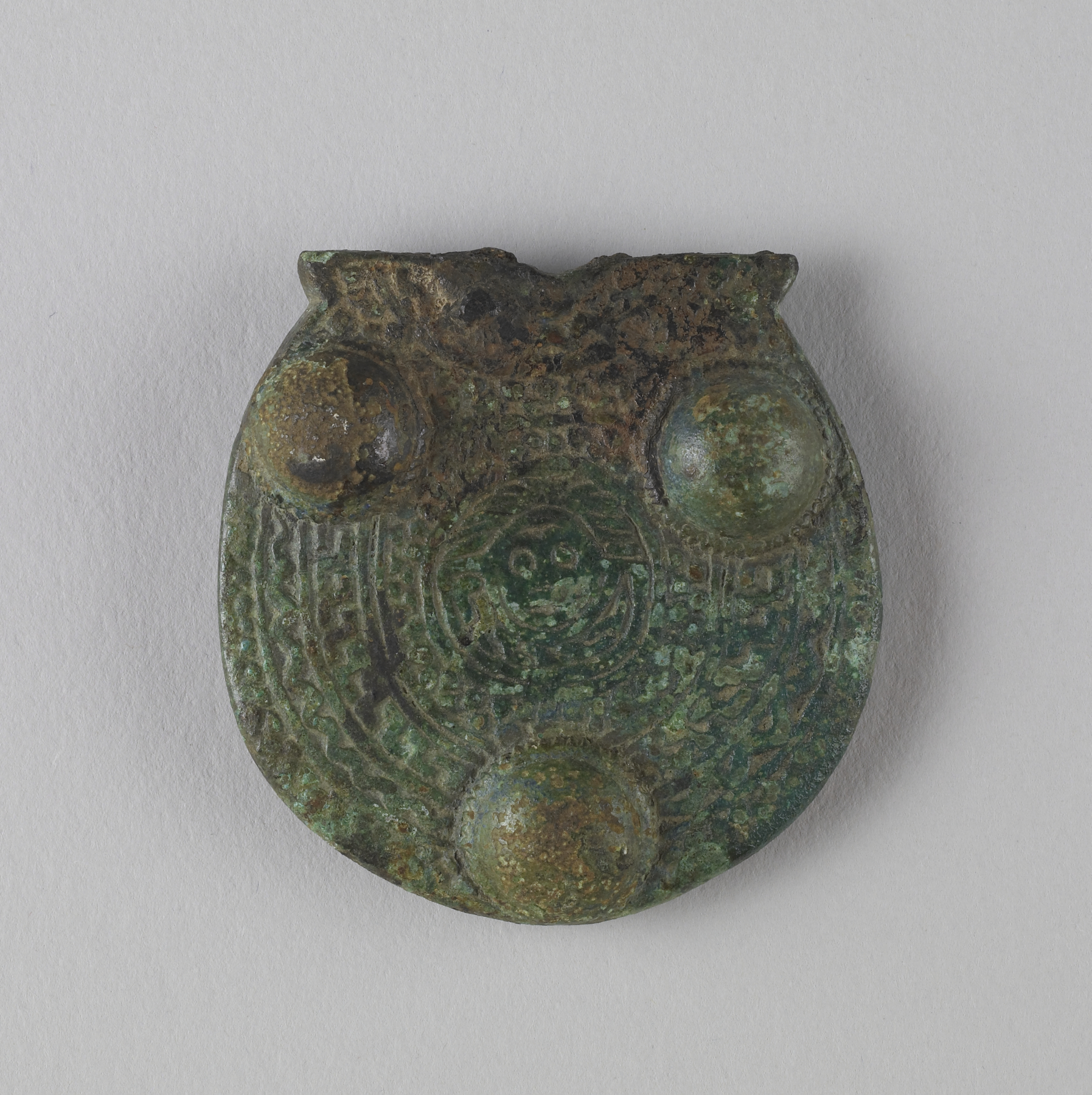 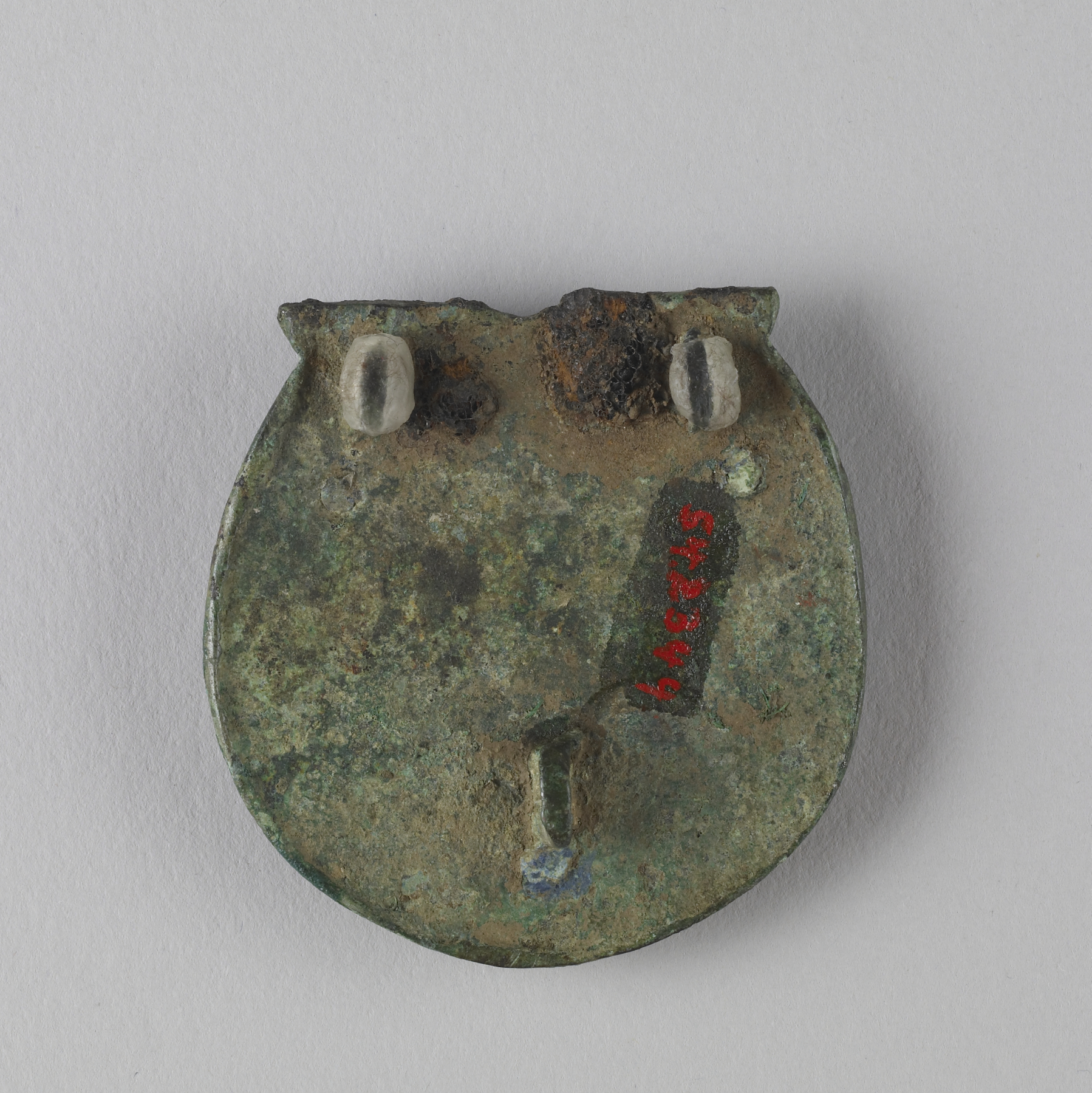 This buckle is of a type manufactured in workshops near Paris during the last third of the 6th century. It is incised with bands of concentric geometric ornament centering on a human face, interpreted variously as Medusa or, when surmounted by a cross, as Christ. In either case, the face is an apotropaic device, intended to protect the wearer from evil.