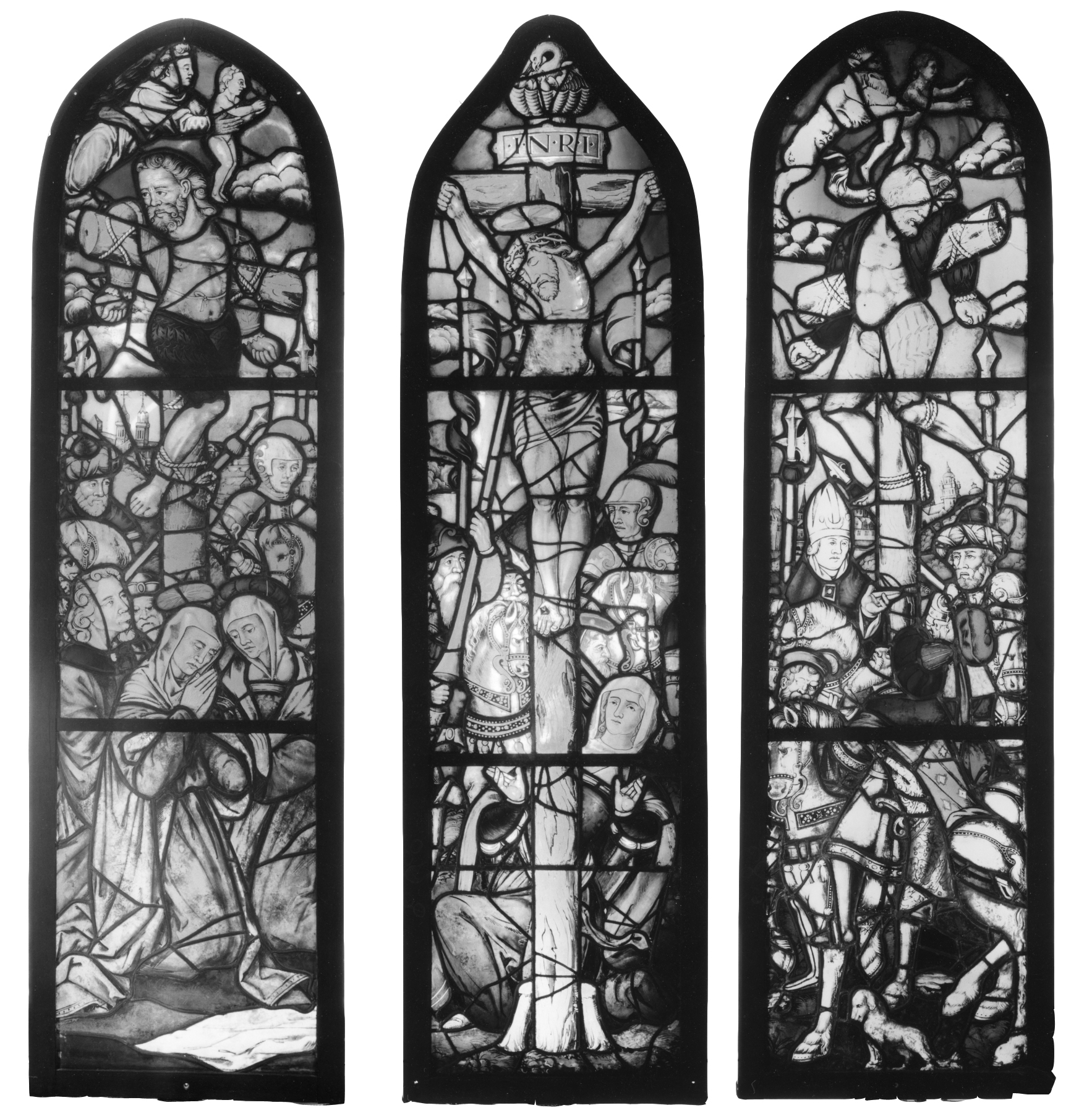 The central window illustrates Christ's Crucifixion, while the other two depict the thieves described in the Gospel of John as crucified with him. Christ is pierced by the centurion's lance as Mary Magdalene kneels in sorrow at the foot of the cross. To Christ's right is the repentant thief whose soul is received by an angel. At Christ's feet are the Holy Women and St. John. To Christ's left, a little devil snatches the soul of the unrepentant thief.

The combination of the use of brilliant color, especially blues, and the figural style with large, rather flat figures crowding the picture surface is very close to the effect found in contemporary French enamel work, for example Penicaud's "Triptych with Crucifixion," (Walters 44.149).

Bad Thief from the Crucifixion

Thief from the Crucifixion