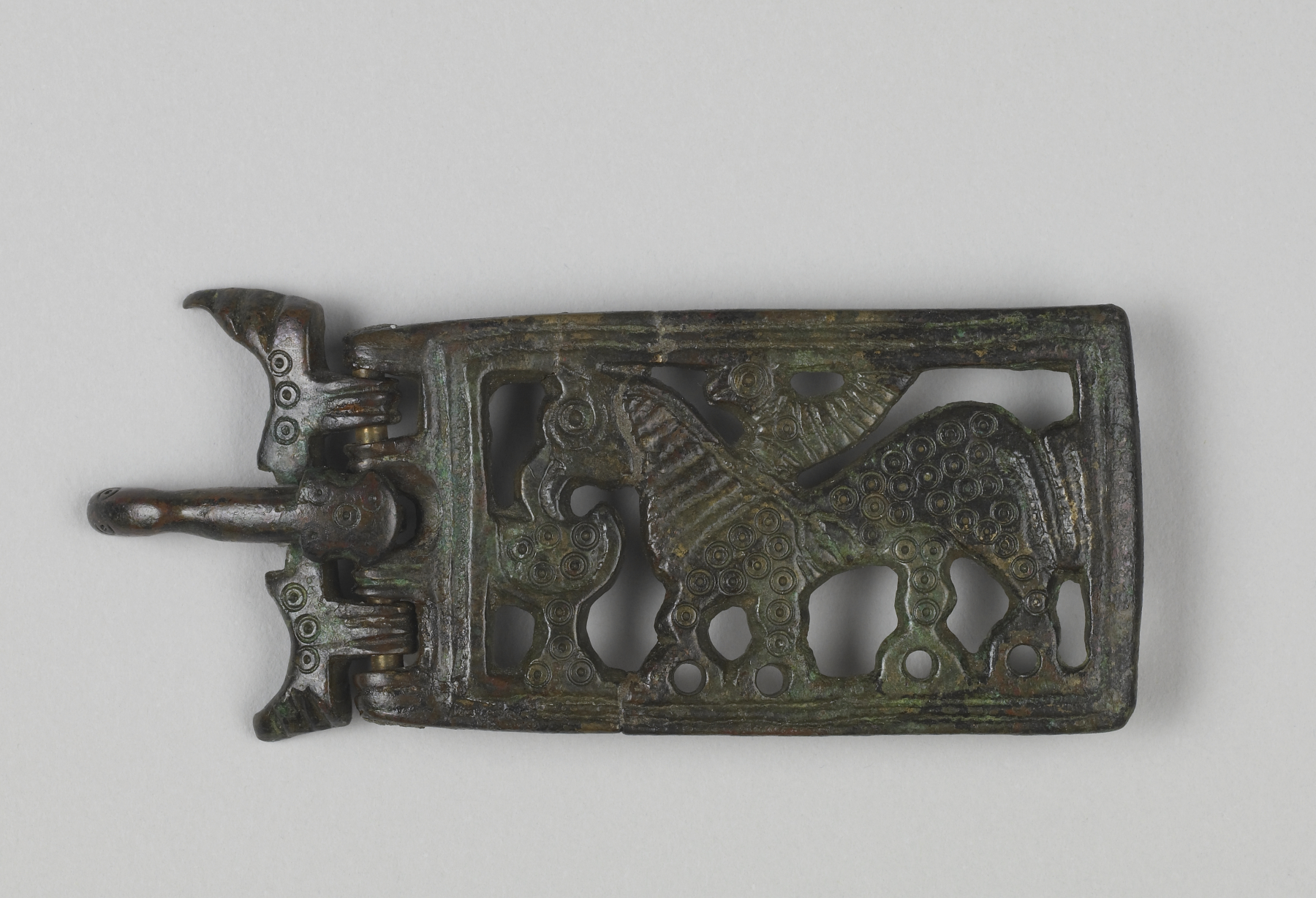 Buckles with openwork plates depicting griffins drinking from fountains have been found in many parts of France and Switzerland. The griffin, a mythical creature that is half eagle, half lion, originated in Assyria and symbolized vigilance and ferocity. They were a popular design motif throughout Europe during the Migration period. With the advent of Christianity, the griffin drinking from a cup came to symbolize the soul refreshing itself at the source of everlasting life.