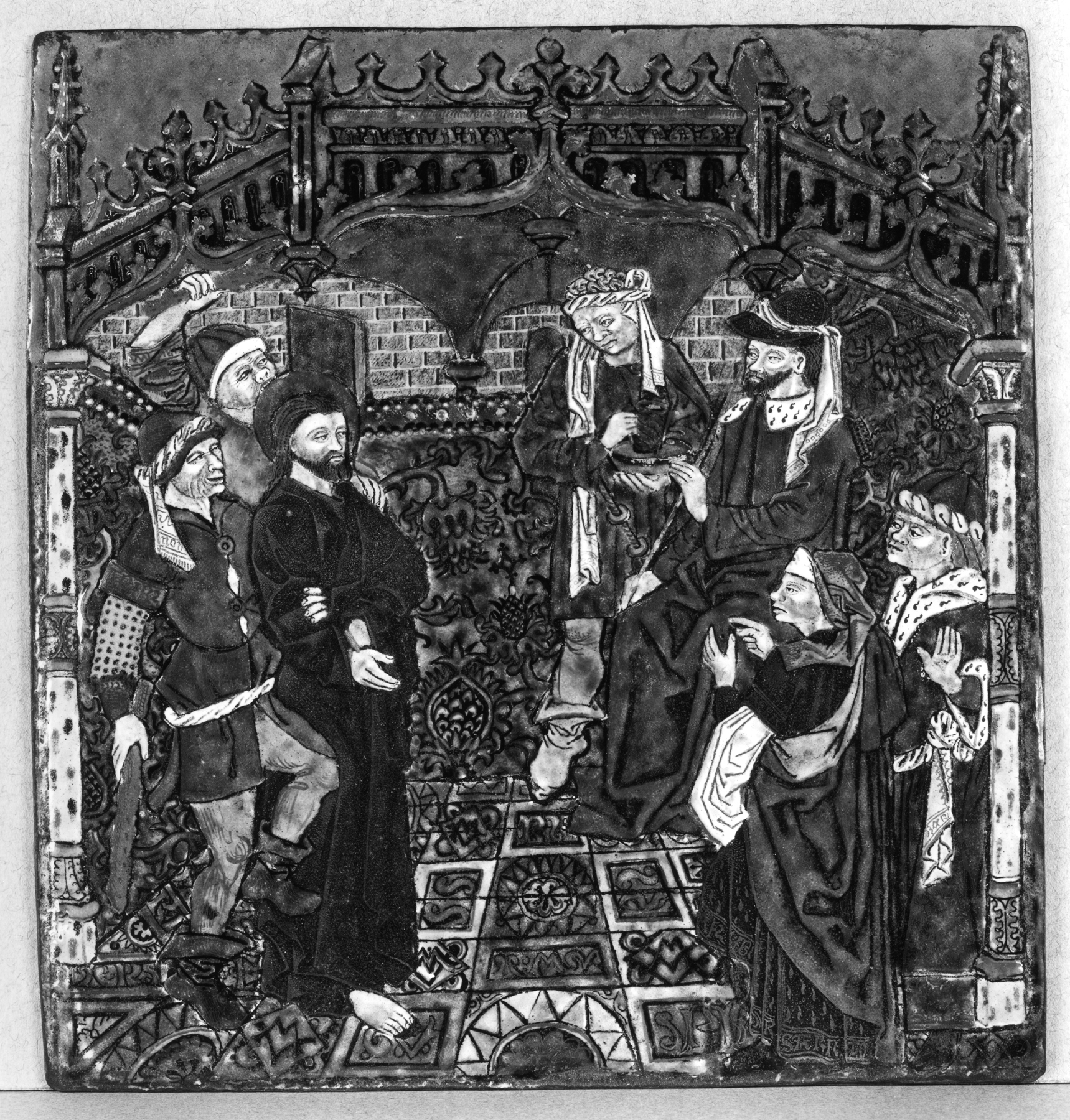 The pseudonym "Monvaerni" stems from an enigmatic inscription appearing on a plaque now in the Taft Museum, Cincinnati, and is assigned to a homogenous group of painted enamels produced at Limoges in the last quarter of the 15th century. The approximately 50 plaques which have been assigned to the "Monvaerni Master" are characterized by the awkward rendering of if the figures and the uncompromising realism.

The scene of Christ before Pilate is represented as the artist might have seen it staged in a medieval mystery play. To the left, Christ is brutally pushed forward toward Pilate, who raises his hand in wonder at this prisoner Who does not seek to defend Himself. Pilate is flanked on his right by a man holding a basin and ewer in which he is to wash his hands of the affair, and on his left by the attendant sent by Pilate's wife to warn him, "Have thou nothing to do with that just man; for I have suffered many things this day in a dream because of him," (Matthew 27:19).