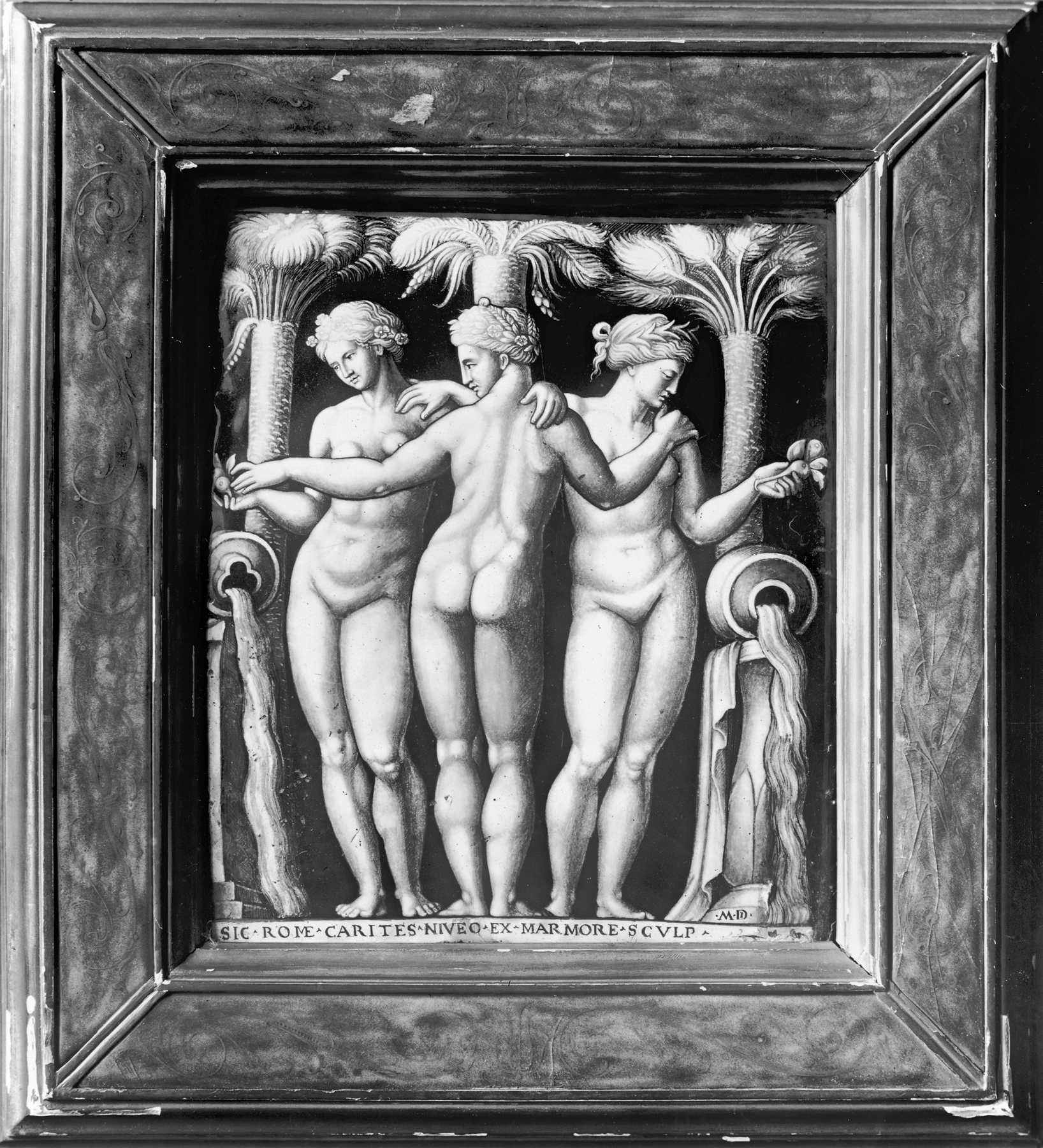 Plaque with the Three Graces

In antiquity, the three Graces, daughters of Jupiter, personified beauty, charity, and intellect, their interlocking arms symbolizing the connections between these qualities. The Roman marble that excited the imagination of Renaissance artists was a copy (now in the cathedral at Siena) after a lost Greek original and was recorded in an influential engraving by Marcantonio Raimondi (1480-1524). The inscription (copied from the engraving) translates as "These are Roman Charities [or Graces], sculpted from snowy white marble." The three dignified female nudes with their restrained, rhythmic gestures-a celebration of feminine grace as well as a visual citation of antique sculpture-make a fascinating contrast to the "Plaque with Acrobats."