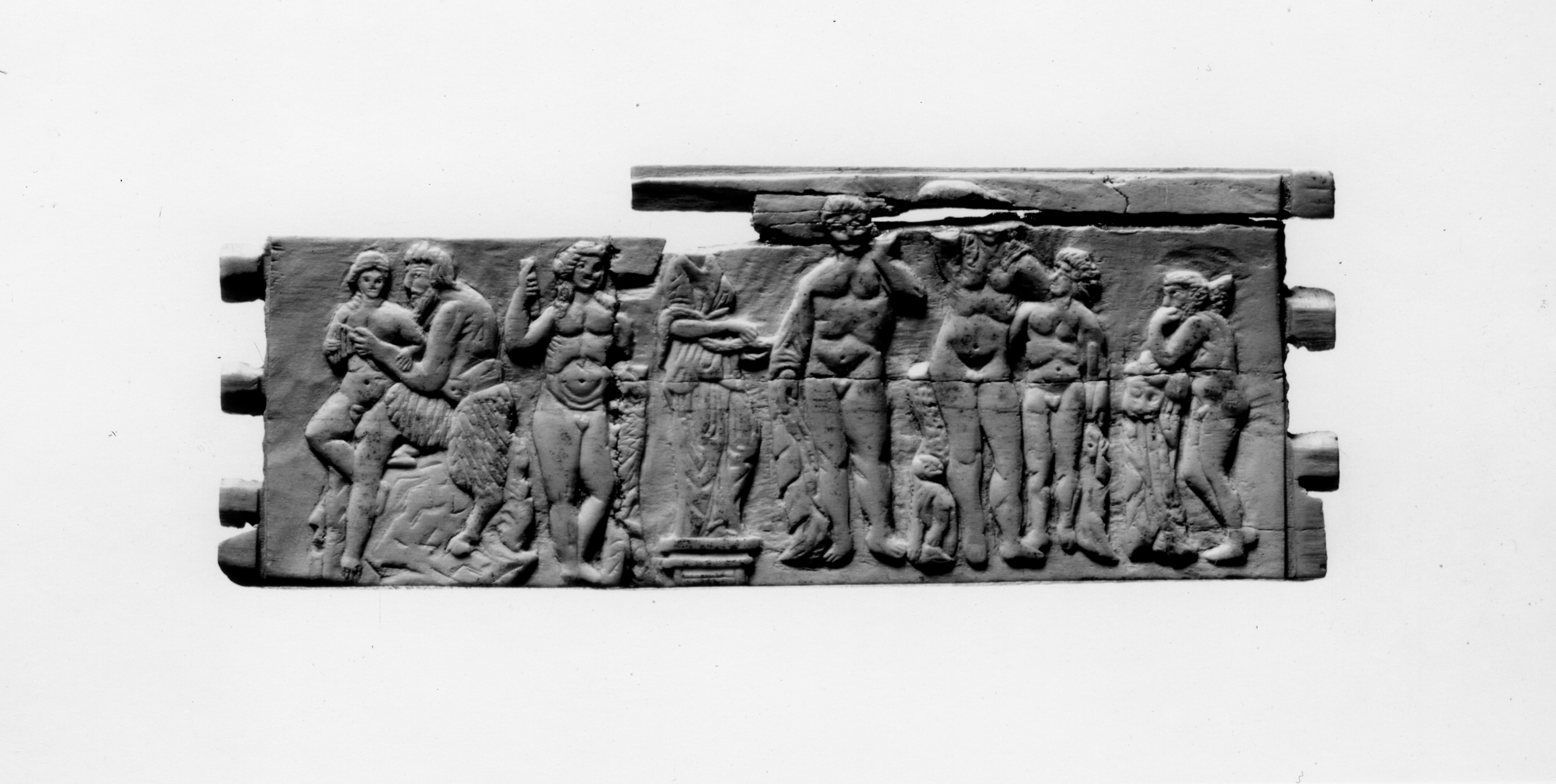 Panel with the Marriage of Peleus and Thetis

In the 19th or early 20th century a modern engraver embellished the panels with scenes taken from the antique. The relief on this panel shows the gods bringing gifts to Peleus and Thetis, seen seated at the right, at their wedding. Above the relief is the head of Oceanus flanked by marine creatures. These are copies of scenes on a 2nd century Roman sarcophagus excavated in Rome in 1722 and now in the Villa Albani. The corrugated strip reproduces a dentil molding on the sarcophagus while the marine frieze reproduces the carving on the edge of its lid.

This panel was broken vertically and repaired. The upper edge of the panel has split off. The ancient upper edte has two grooves. The back surface is also grooved at the top and bottom, the bottom groove to retain the floor of the box, the top to accommodate a sliding lid. This panel, with Walters 71.501 forms two adjacent sides of a box; the ends are mortised and can be snugly dovetailed together.