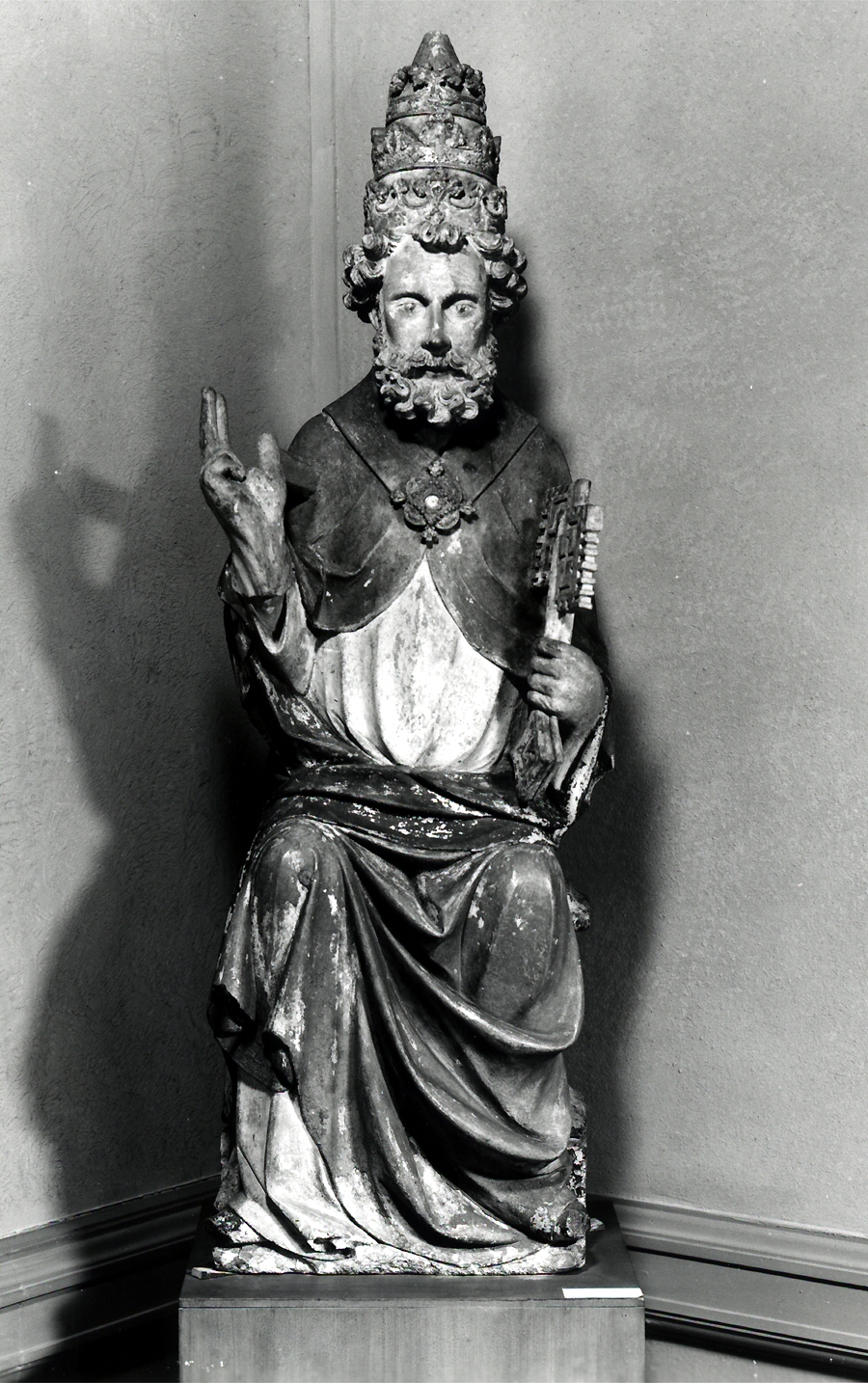 St. Peter is enthroned, one hand raised in blessing and the other holding the keys to heaven and earth granted him by Christ. Although Peter was never a pope (the office had not been created then), he was acknowledged by Christ as the head and foundation stone (Peter means "rock" in Aramaic) of the new church. Revered by the Catholic Church as the first bishop of Rome, from whom the institution of the papacy developed, he is often represented as a pope to underline this link.

The form of the papal crown worn by Peter is significant. It is a triple crown, the form adopted by the popes during the years the papacy was established in Avignon 1309-77. The statue is datable to the following years of schism in the Church between Rome and Avignon; the triple crown may signal the local bishop's allegiance to the current French pope, Clement VII.

Meant to be seen from below, the saint's upper body is elongated to accommodate the distortion this viewing angle would cause.