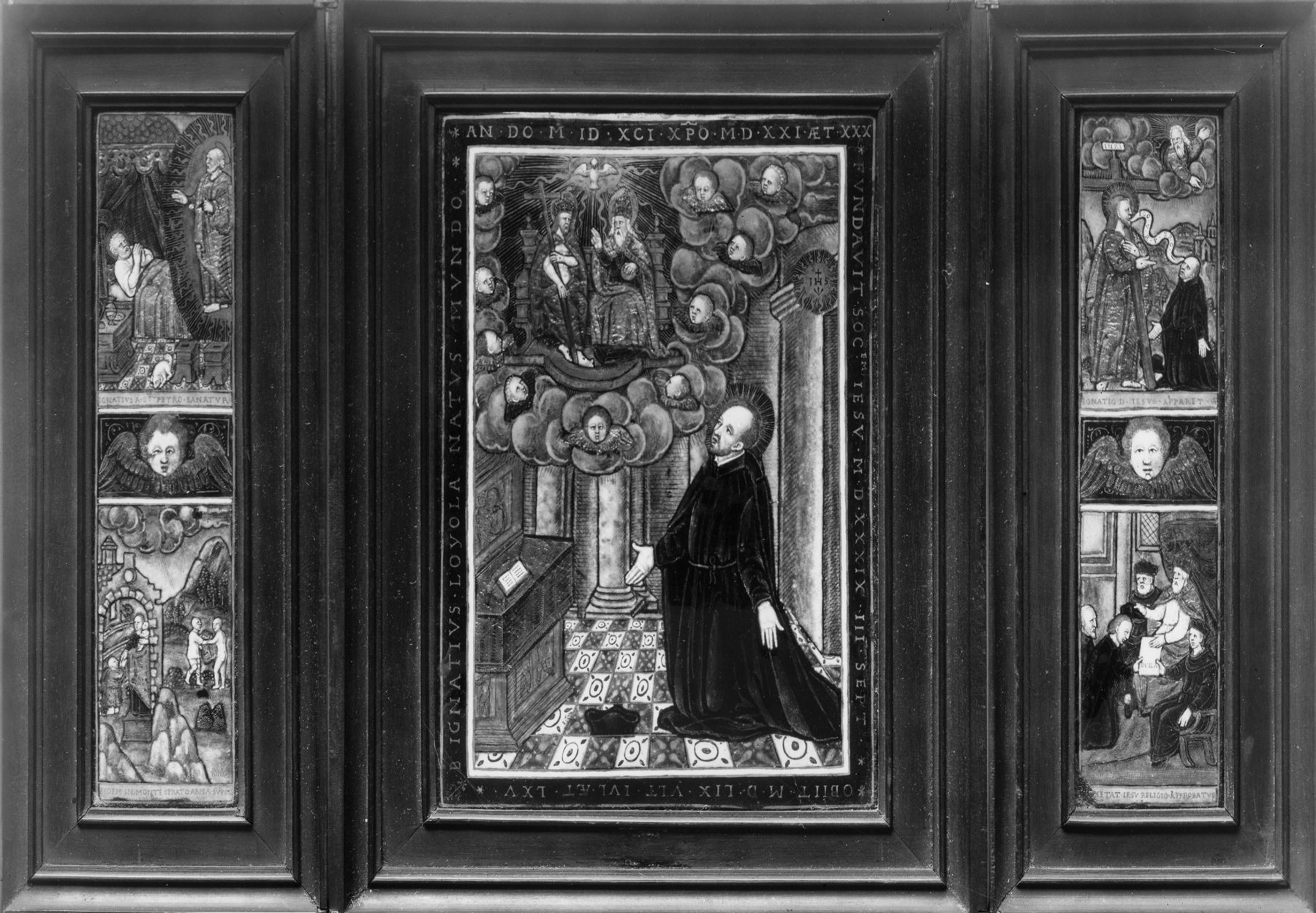 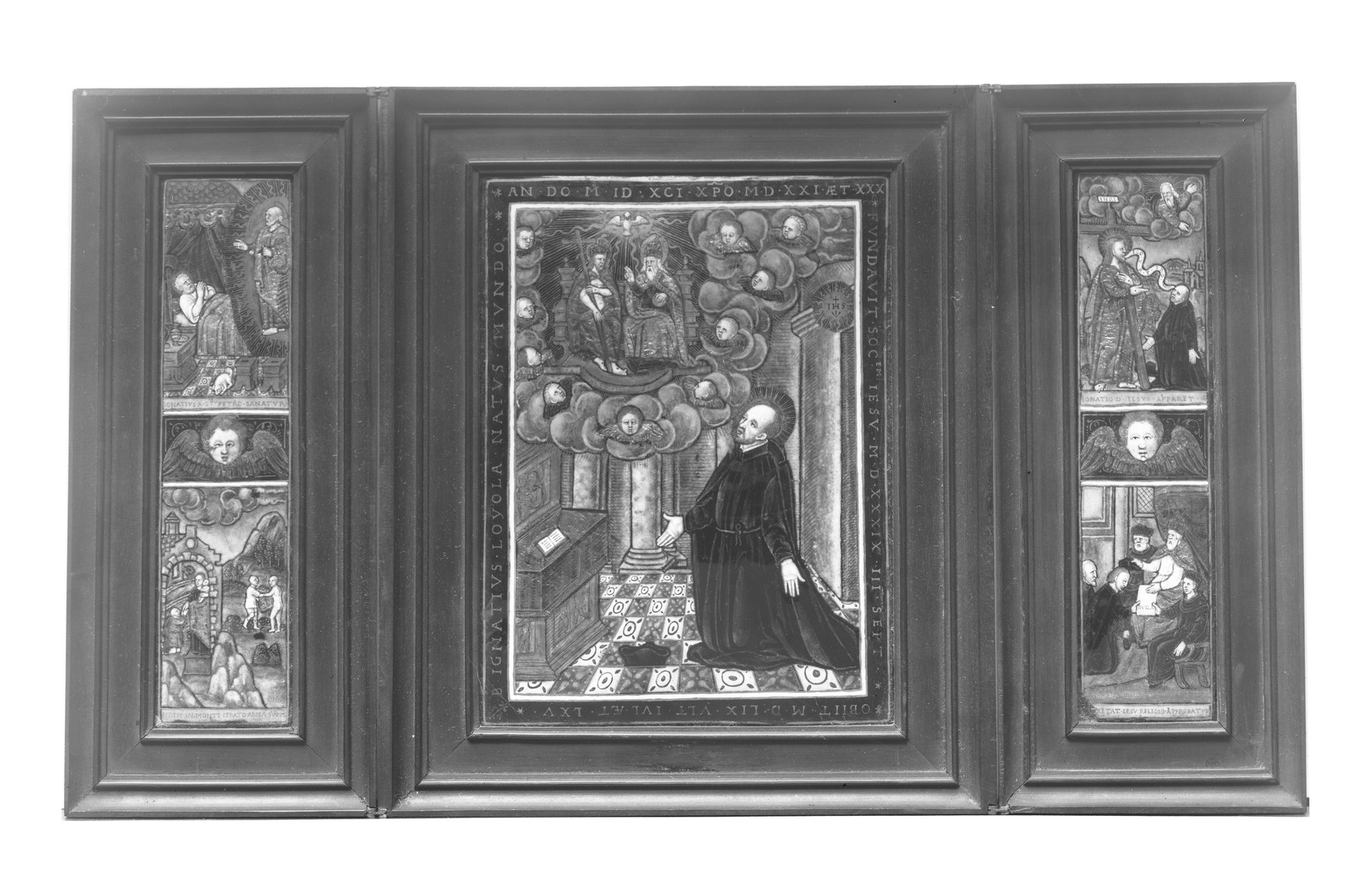 Triptych with the Life of St. Ignatious of Loyola

In the central panel St. Ignatius of Loyola (1491-1556), founder of the Society of Jesus, dressed in the black costume of a general of the Jesuit order, is shown kneeling before the altar of the Virgin in the church of the Storta near Rome, in 1537. He is seeing in a vision the Holy Trinity and receiving the revelation of the scheme of the new Society of Jesus, symbolized by the letters I H S and the cross in glory.

In the left wing at the top, St. Peter, in an apparition, announces to Ignatius his recovery from grave wounds received the 19th of May, 1521, when the French stormed Pampelona, in Spain. It will be noticed that Ignatius, lying in bed, is given the same features as St. Peter, a resemblance proving that he will become the second St. Peter (or restorer of the Church of Rome against the heresy of Luther). Below, the Virgin and Child appear to Ignatius, the night of the 24-25 of March, 1522, after Ignatius has laid his weapons on the Lady Altar in the abbey church of Montserrat, Catalonia, and given his worldly clothes to a beggar.

In the right wing at the top, Christ appears to Ignatius on the Via Cassia, on his way to Rome in 1538. The risen Christ, the wounds of his pierced hands and feet showing, and carrying the cross, says "I shall be propitious to you and your Company at Rome." This apparition announcing the success of the newly-formed Company in Rome, is represented as a counterpart to that of Christ appearing to Peter on the Via Appia. Above in the sky, God the Father is seen amidst clouds. Below, Pope Paul III, enthroned between two cardinals of the Roman church, issues his bull confirming the new Society of Jesus, and places on Ignatius' head the hat of the general of the Jesuits. The Jesuit behind Ignatius is Faber (or Laynez).