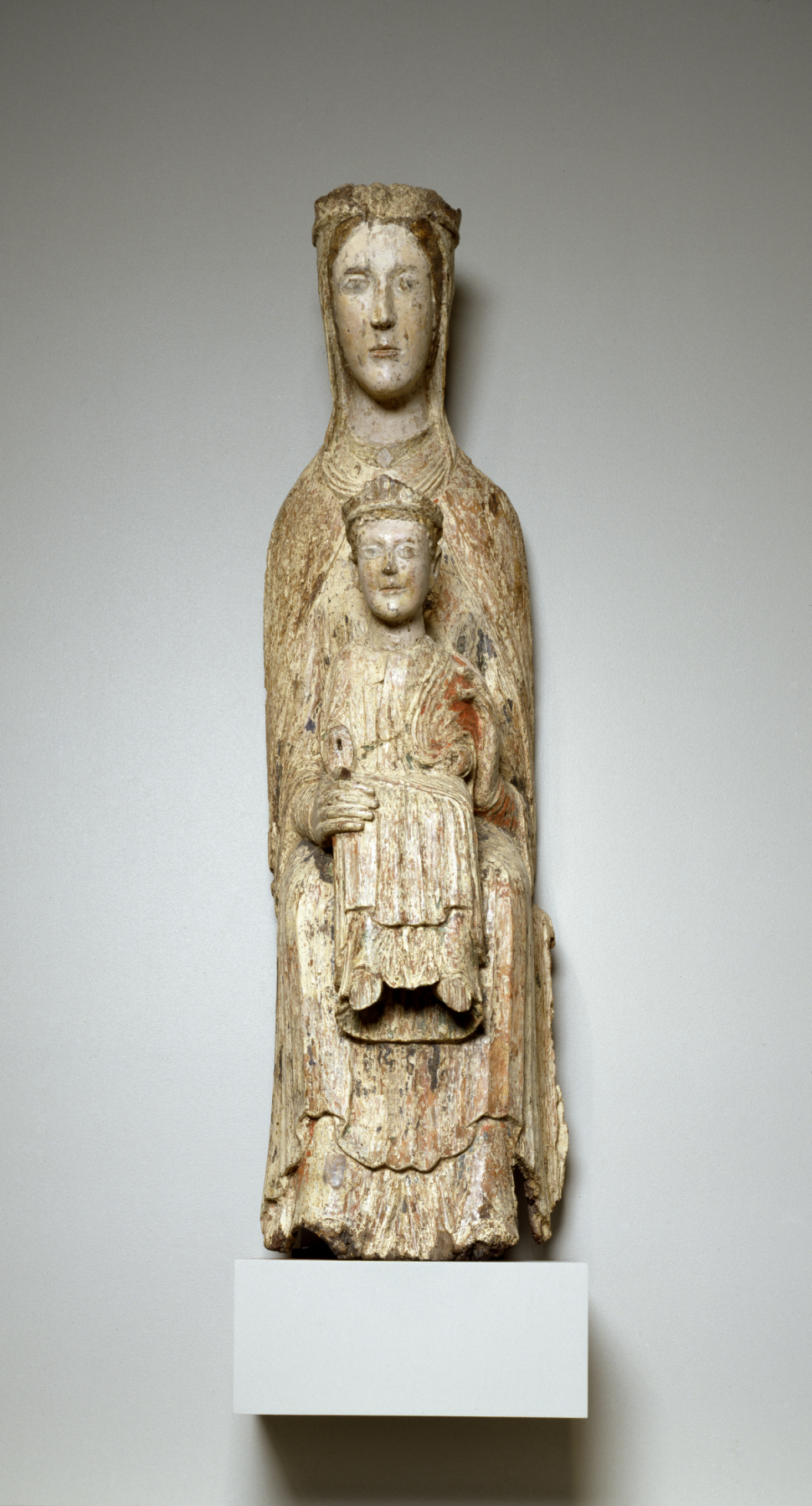 This rather austere wooden sculpture of the Virgin and Child is typical of the Romanesque style. In order to convey the idealized, heavenly nature of the subject, the artist gave the holy figures compact, self-contained bodies covered by clinging, linear drapery. The statue is carved in the round, allowing it to be used both as a stationary, devotional object in a church and as a portable image, carried in procession on religious feast days. The Virgin has a hollowed-out back, possibly to contain a relic. Statues such as this are called "Thrones of Wisdom," as the Virgin as the Mother of God served as a throne for Christ, the incarnation (embodiment) of Divine Wisdom.

[At the Church of Précigné (Sarthe) from at least the 15th century until the early 20th century]; Curé Tessier, Sillé-le-Guillaume, until 1914; Henri Daguerre, Paris; Henry Walters, Baltimore, August 23, 1927, by purchase; Walters Art Museum, 1931, by bequest.