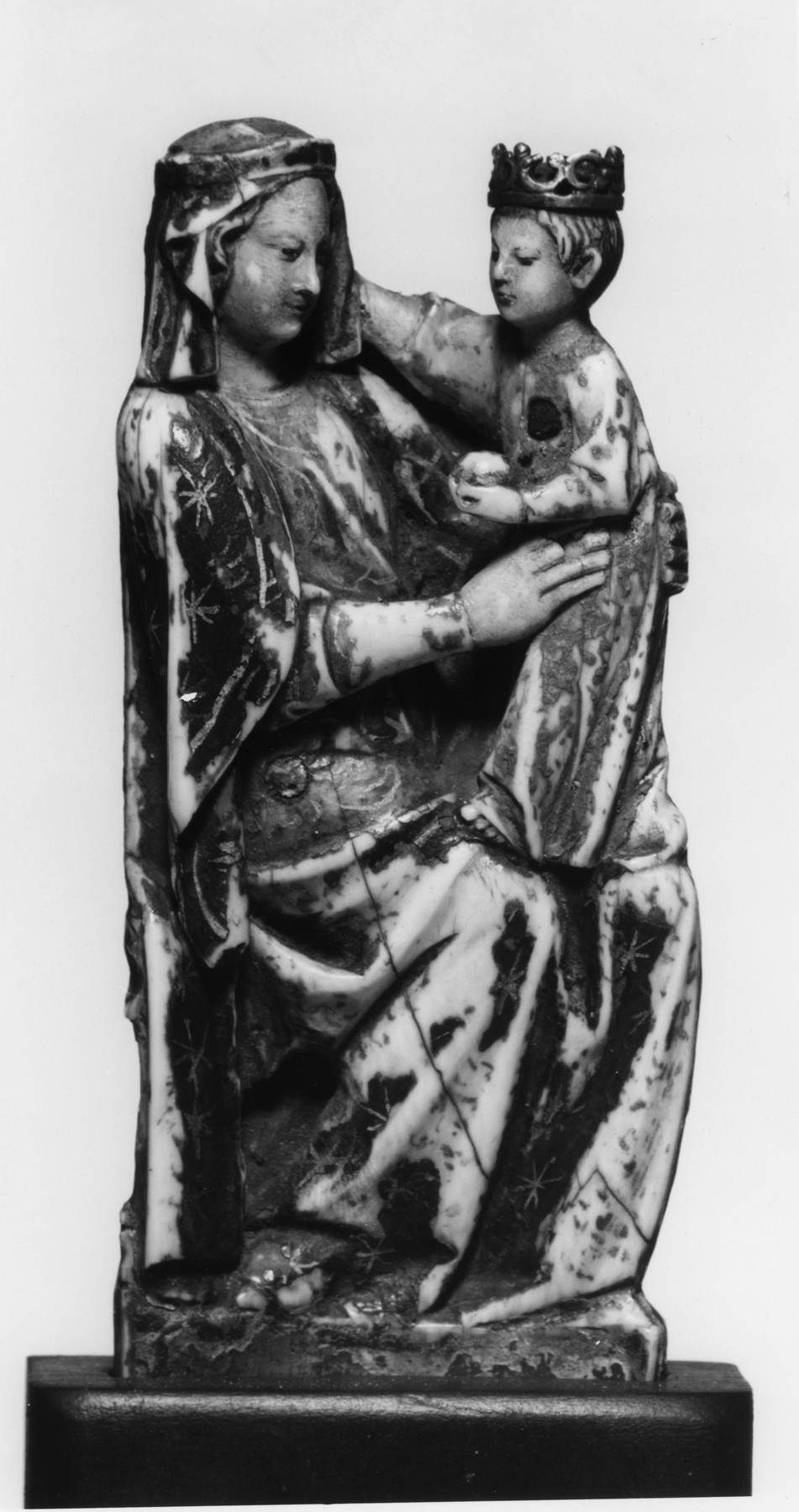 Virgin and Child (from Marcigny)

The seated Virgin holds the standing Child in her lap. He carries an apple and wears a copper-gilt crown. The Virgin's and Child's gowns are painted red with gilt floral ornament, the gilt patterns on the Child's gown being the richer. The veil and mantle of the Virgin are blue with an overall pattern of eight-pointed stars. The base and throne are gilt; the base has an added original block of unpainted wood, which must have fitted into a base of another material.

An ivory plug in the Virgin's hip may be a repair of a flaw in the ivory. A hole filled with a wooden peg, which pierces the Child's chest and shoulder, could have been for the attachment of the piece to a support at a later date. There is evidence of two layers of similar paint.

The group was in the Priory of Marcigny until the 19th century and illustrates a type of polychromy common to many ivory statuettes.