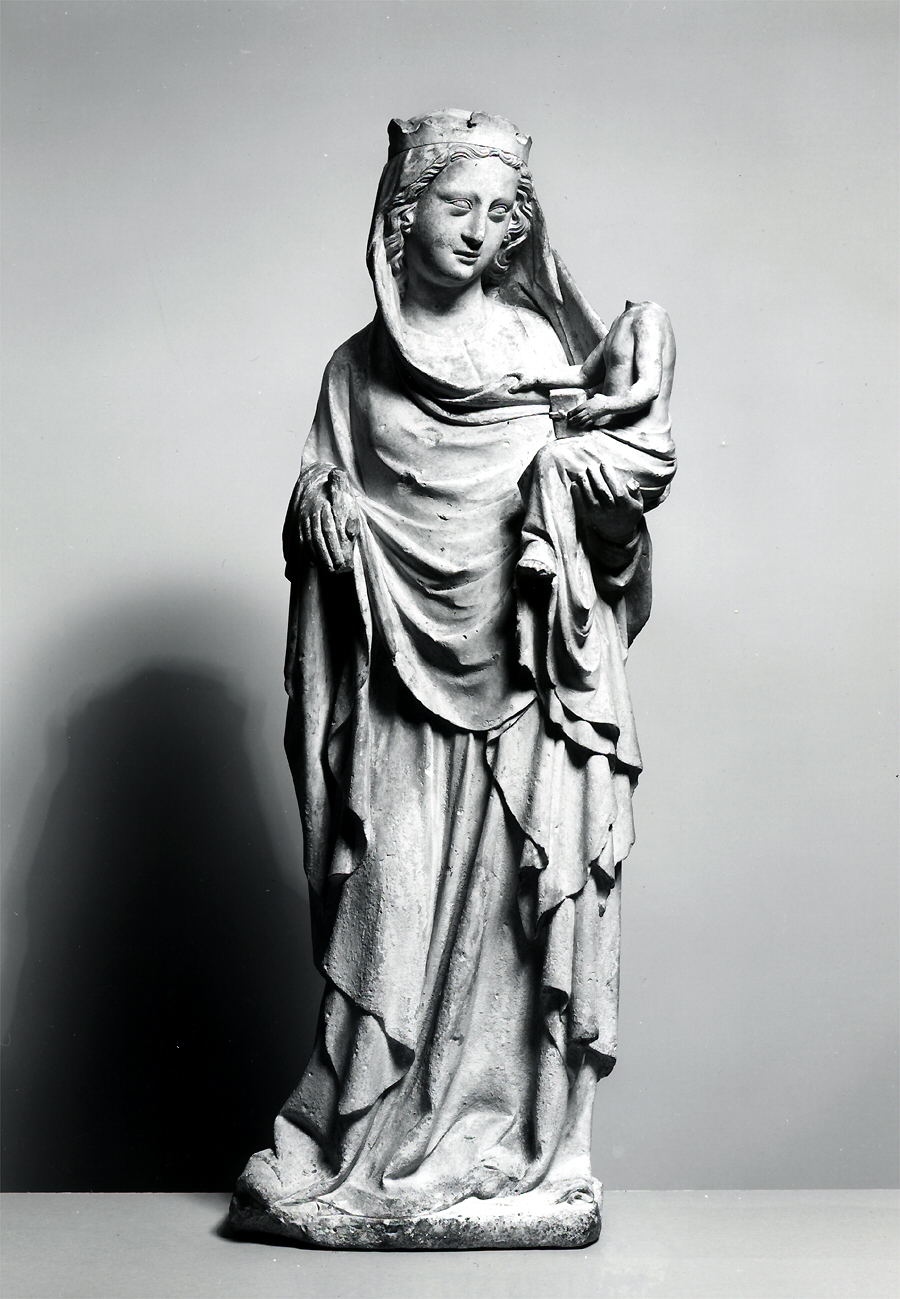 This delicately carved statue probably comes from the church of Meulan, north of Paris, where it was intended to be seen in the round, as suggested by its fully carved back. The Virgin holds out a lily and supports the Child (holding a prayer book) with her left arm. Her mantle is also her veil, an elegant combination that unifies the figure in a manner frequently seen in 14th-century art, including Gothic ivories.