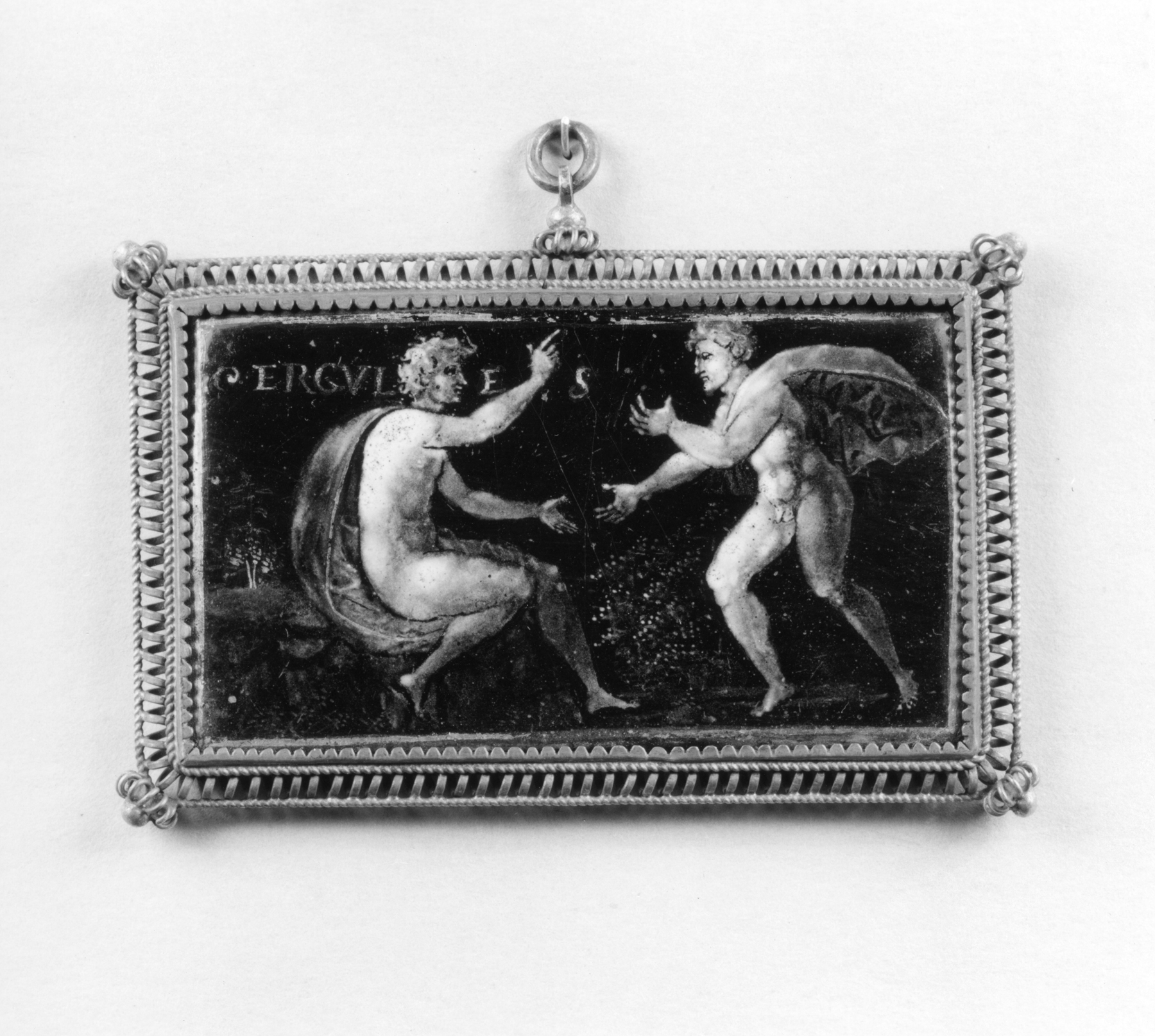 The scene is difficult to identify. On the left is a seated figure designated as ERCVLES, which is a type of Hercules that belongs to the glyptics and coins of the 5th century BC. The enameller may have copied it from an Etruscan gem. The figure on the right, getting braced for a fight, was possibly derived from another Etruscan intaglio depicting the start of the fight between Hercules and Cycnos, the son of Ares.