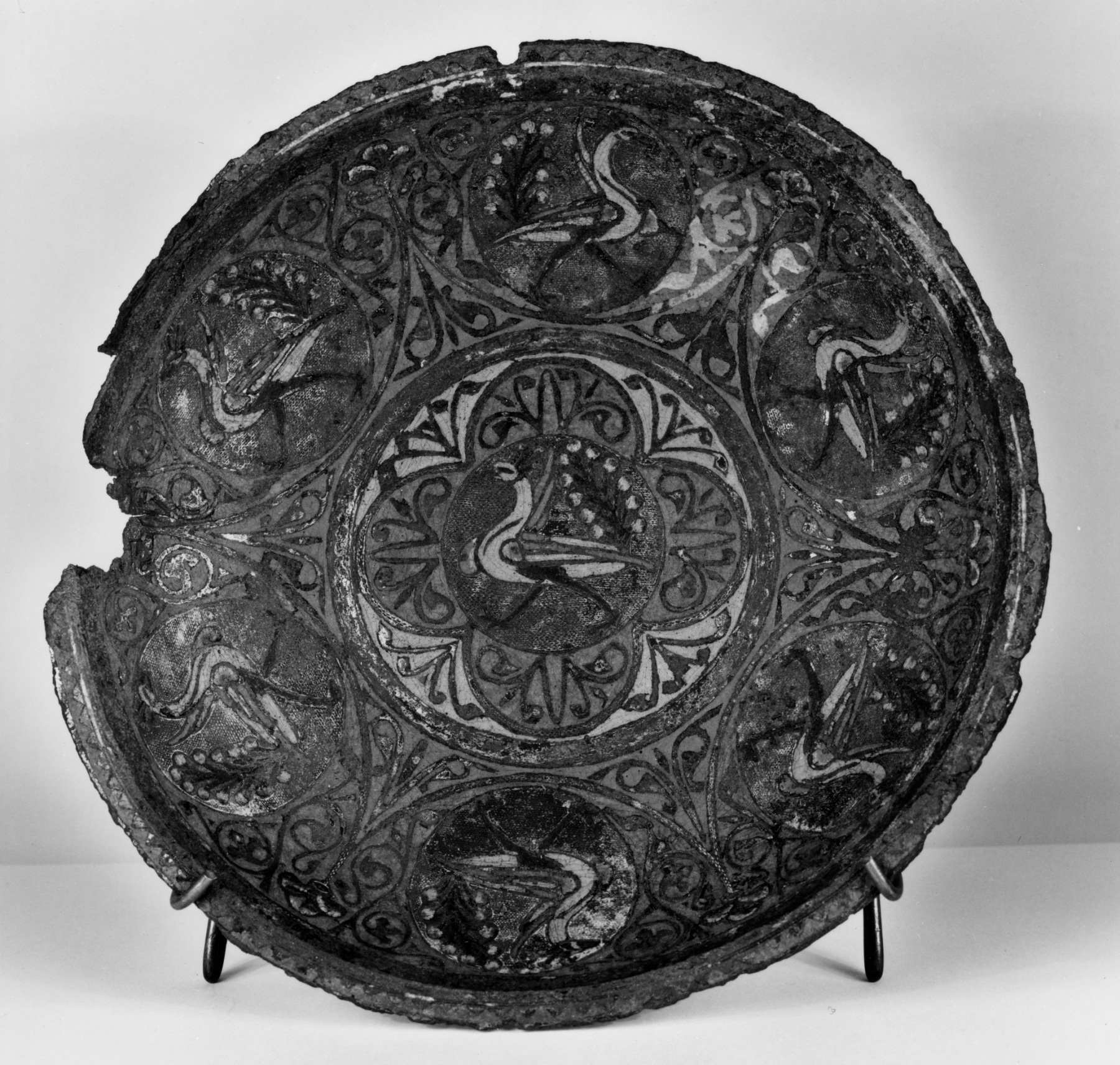 A gemellion (from the Latin geminus, meaning twin) is one of a pair of basins used to wash hands, both at home and during mass. Water was poured from the spouted bowl over the hands and was caught in the second bowl placed as a basin below. Many gemellions made in the enamel manufacturing center of Limoges were decorated with secular-themed designs. This gemellion is adorned with peacocks, a symbol of beauty, paradise, and immortality in the Middle Ages.