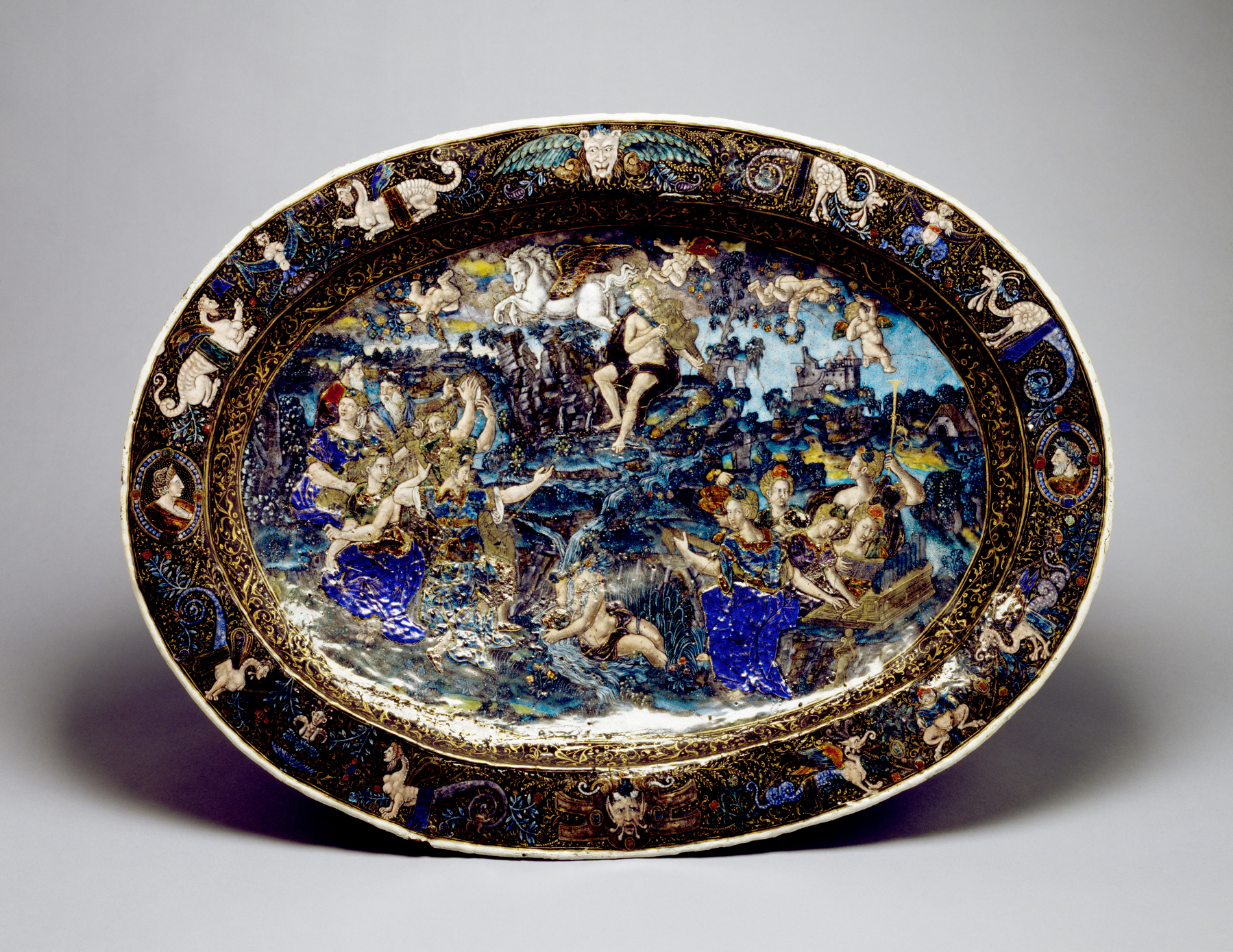 Apollo and the Muses

This platter pictures the Greco-Roman god Apollo and the nine Muses playing musical instruments on Mount Helicon. A nymph reclines in the Hippocrene, the spring sacred to poets, which had sprung up from the ground where the hoof of the winged horse, Pegasus, had struck. Court based his composition on a print by Giorgio Ghisi after adrawing by Luca Penni, a follower of Raphael.
The enamellers of the late 16th century returned to the use of polychromy. The brilliant effects which they achieved were altogether different from those of the very early enamellers and depended on the extensive use of foils placed in between the layers of enamel.