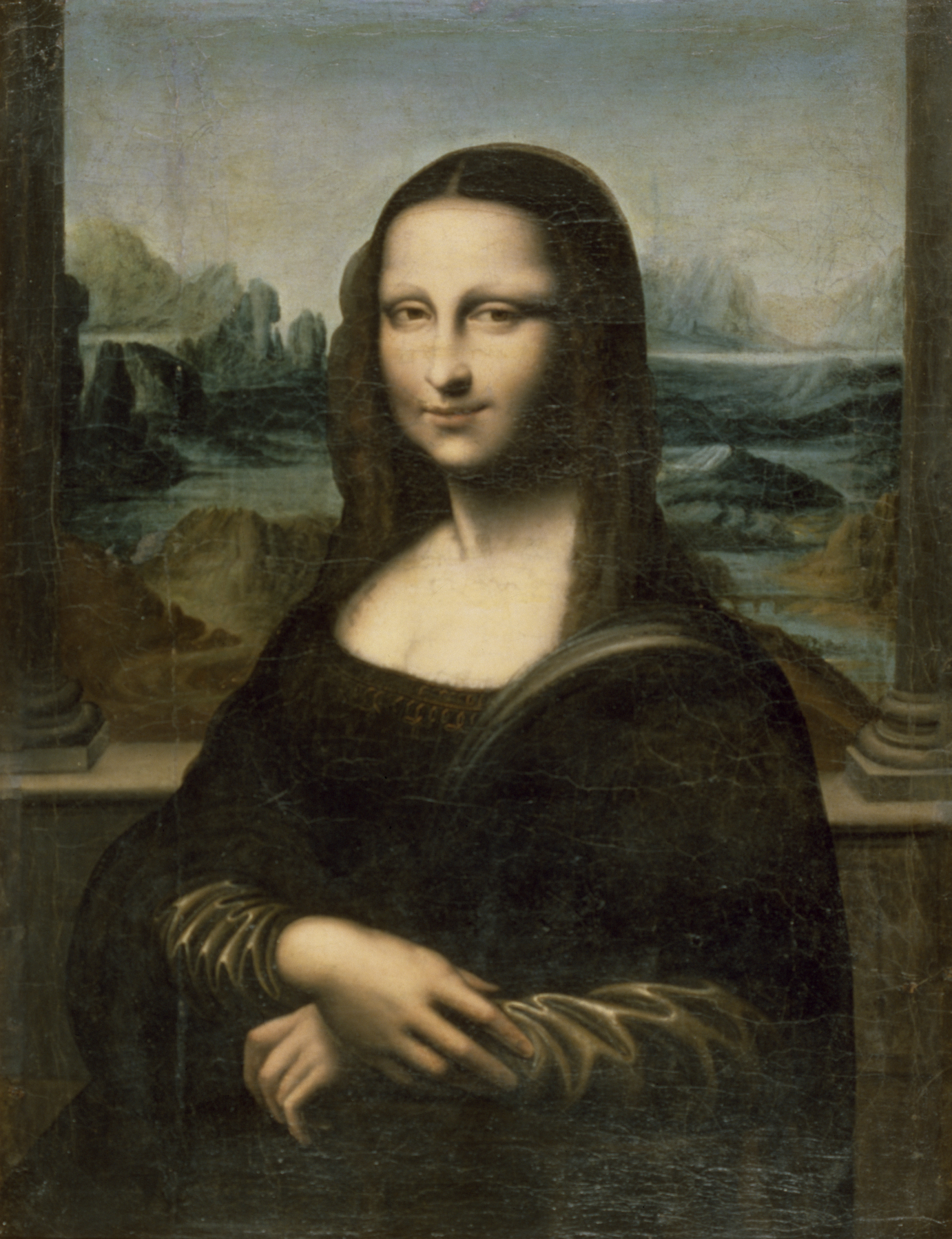 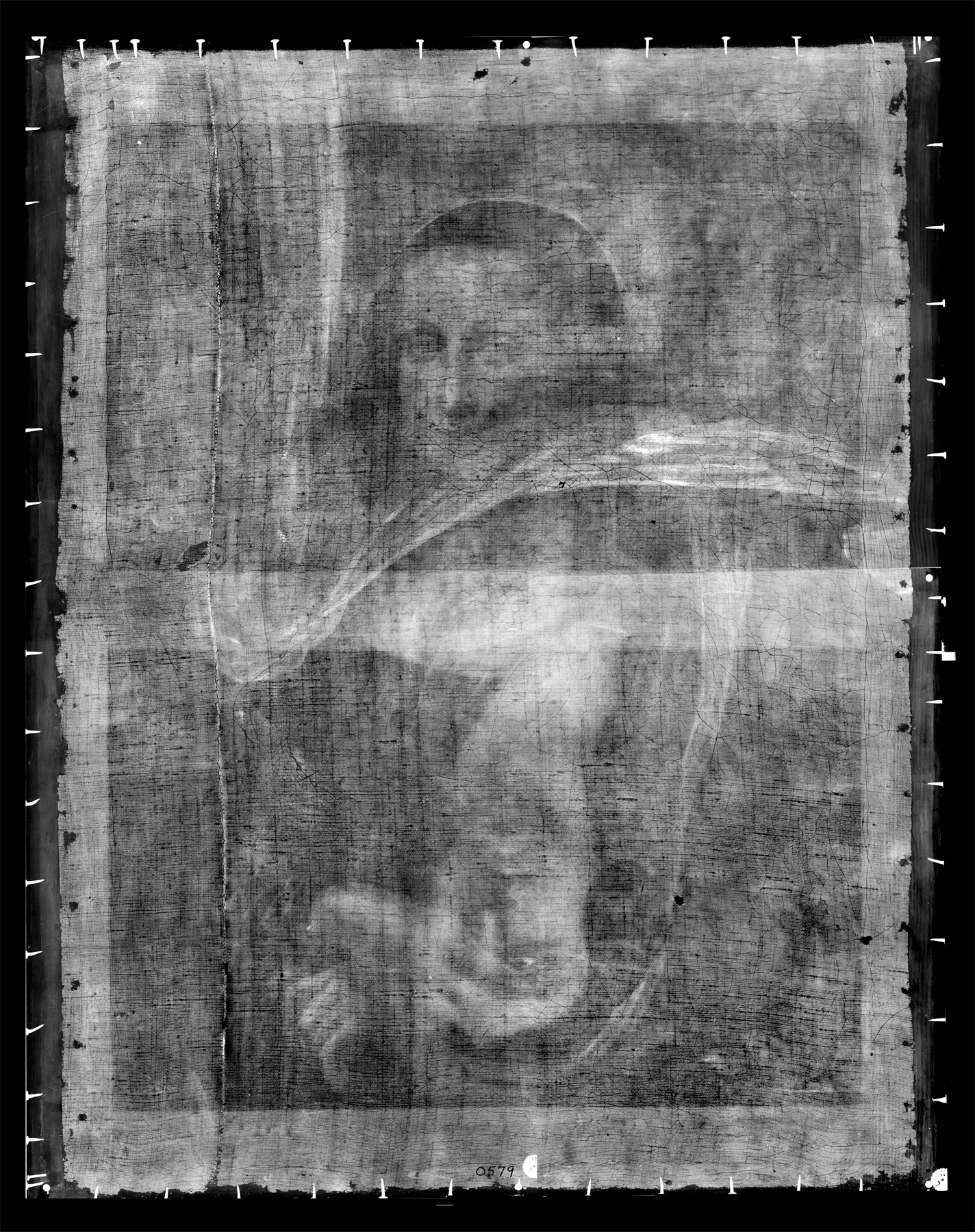 Copy of the "Mona Lisa"

Leonardo da Vinci (1452-1519) began a portrait of Lisa Gherardini about 1503 and then took with him to France, selling it to the French king in 1516. During the centuries that it remained in the royal collection it was copied many times. Some of the early copiests wanted to "complete" Leonardo's composition by introducing columns at the sides of the composition, since in the original, now in the Louvre Museum in Paris, we can see indications of the base of columns along each side. However, extensive technical examinations of the Louvre's panel and the paint along its edges have conclusively demonstrated that the painting was not cut down and therefore there were never columns along the side edges. So later copiests were trying to "improve" on what they saw!

The woman is depicted with "sfumato," a technique invented by Leonardo and based on his study of nature and in which transitions from light to shade are almost invisibly rendered. This makes contours appear soft and blurred, as if affected by atmospheric haze. The copyist has tried to imitate this effect, but without the subtlety of the original.