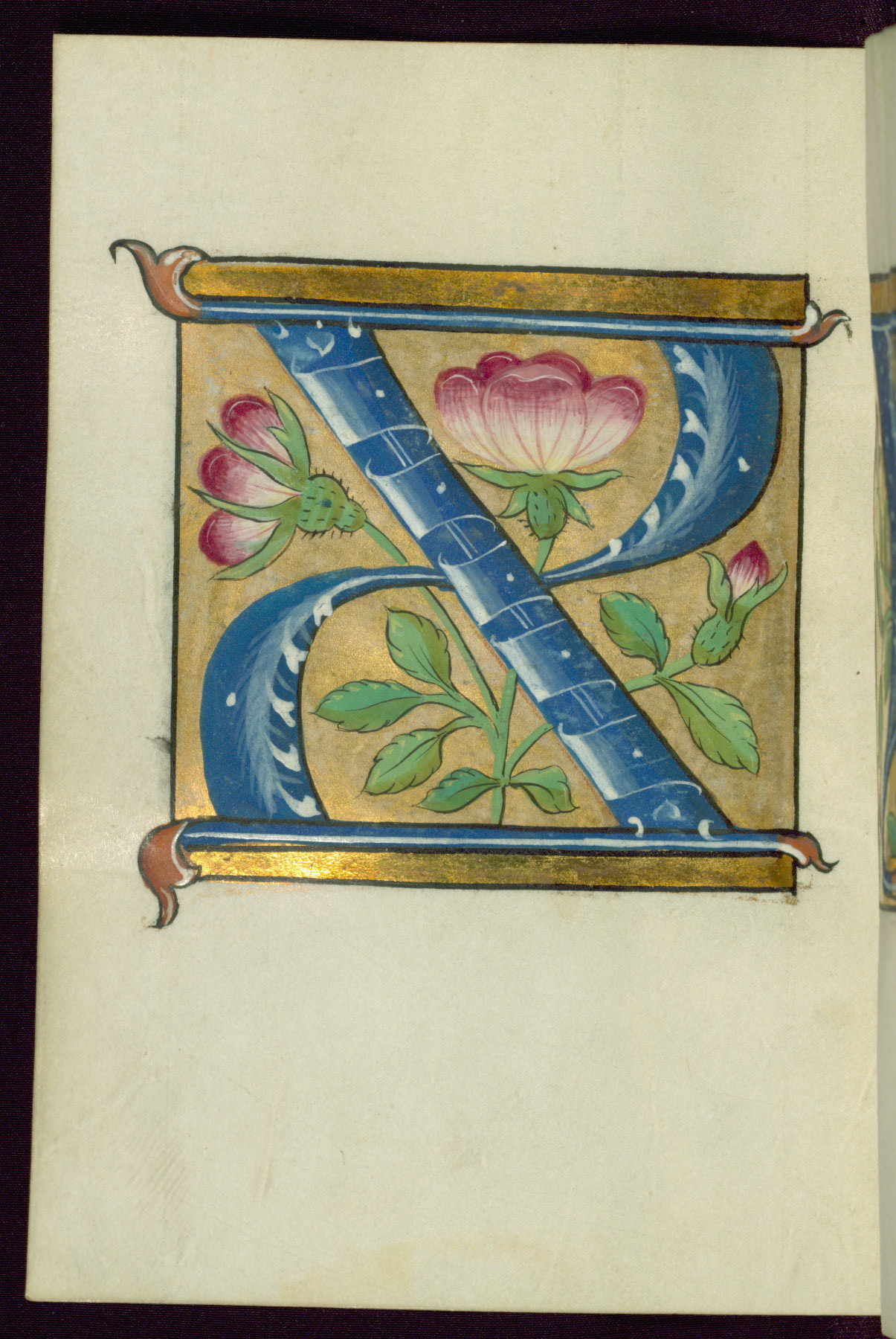 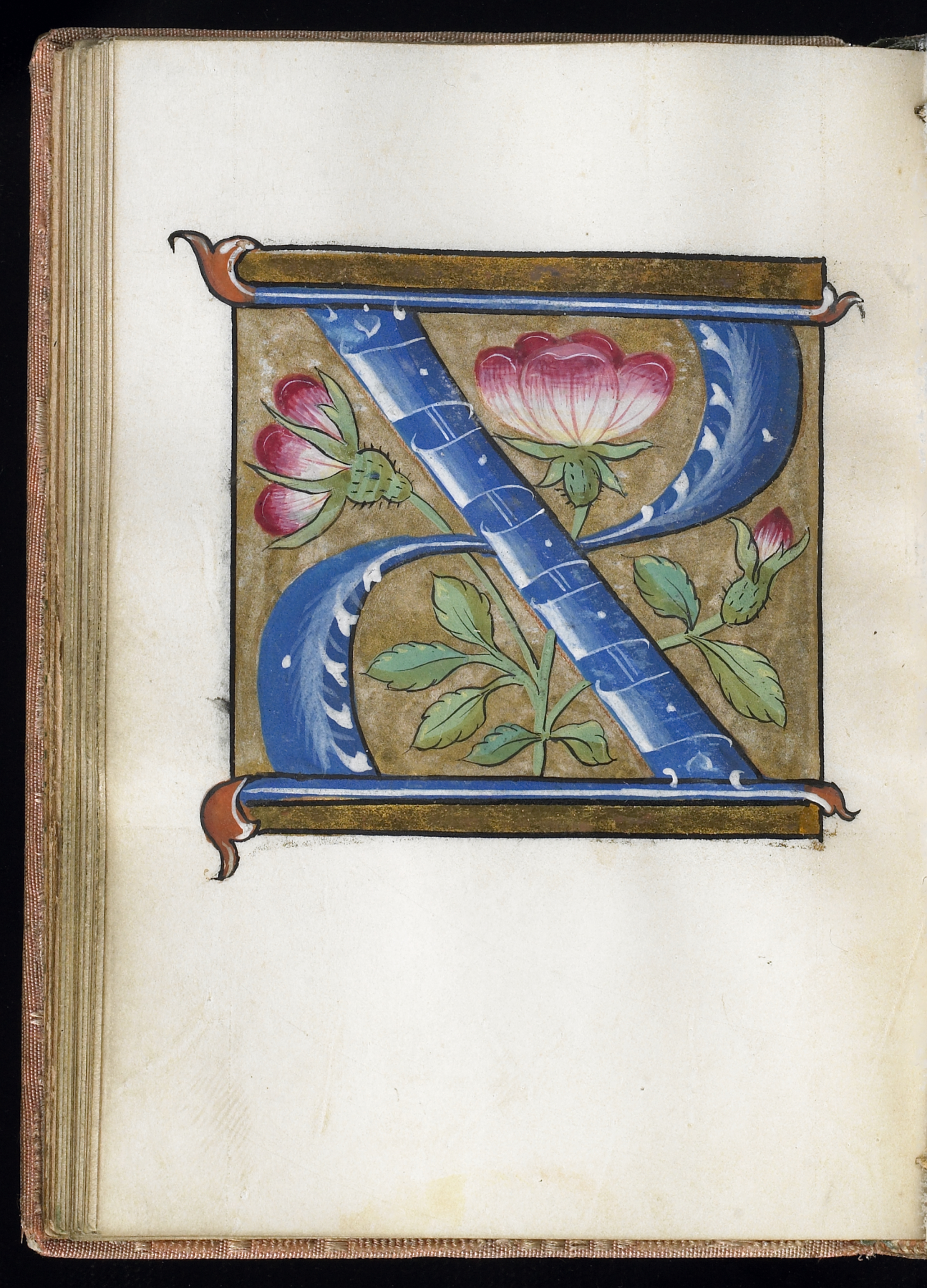 The medieval alphabet is illuminated in two different styles. Without any accompanying text, the original purpose of the book remains unclear, but scholars have suggested that it was a sample or model book for manuscript illuminators, or that it was intended as a gift. The book was rebound in the eighteenth century, and in the same century extensive notes, which have since been erased, were made alongside the initials. 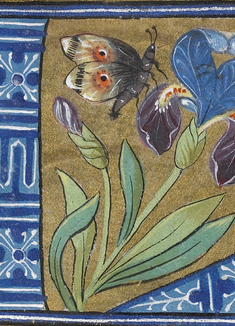