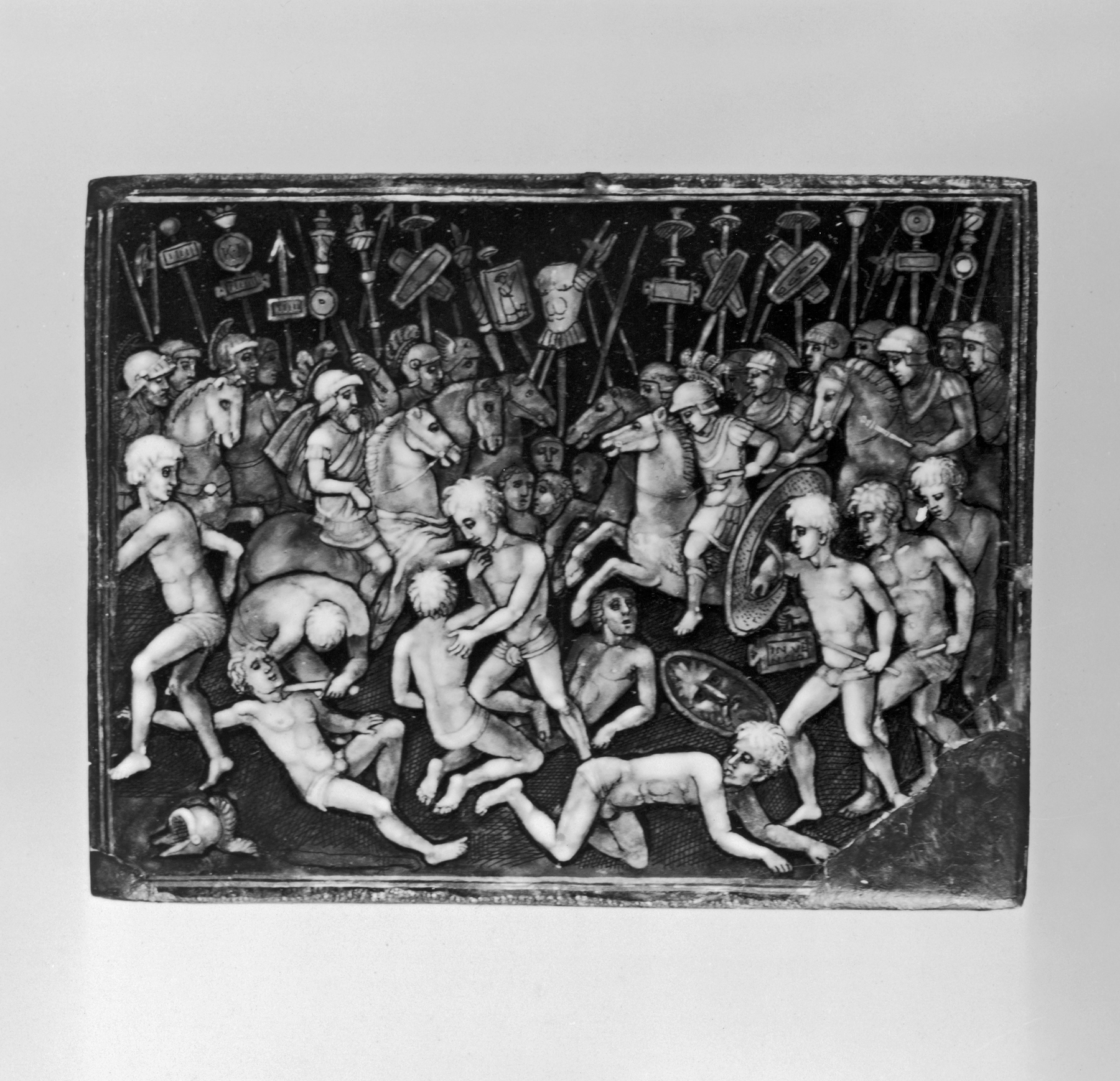 Plaque with Cavalry Battle between Greeks and Trojans

This plaque together with its counterpart (44.132), each painted in "sfumato grisaille," were surely from a series set into a casket. One of the commanding figures is identified as Hector, the most valiant of the Trojans in "The Iliad," the Homeric epic chronicling the Greek conquest of Troy; so the overall theme may have been the Trojan War. The artist took motifs from an engraving after a composition by the Italian master Giulio Romano (1499-1546) that represented a military campaign of the Roman general Scipio Africanus.

The monogram "KIP," found here, is thought to be that of Jean Poillevé. 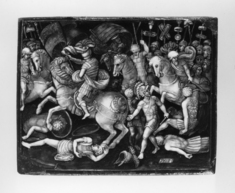 Plaque with Cavalry Battle between Greeks and Trojans