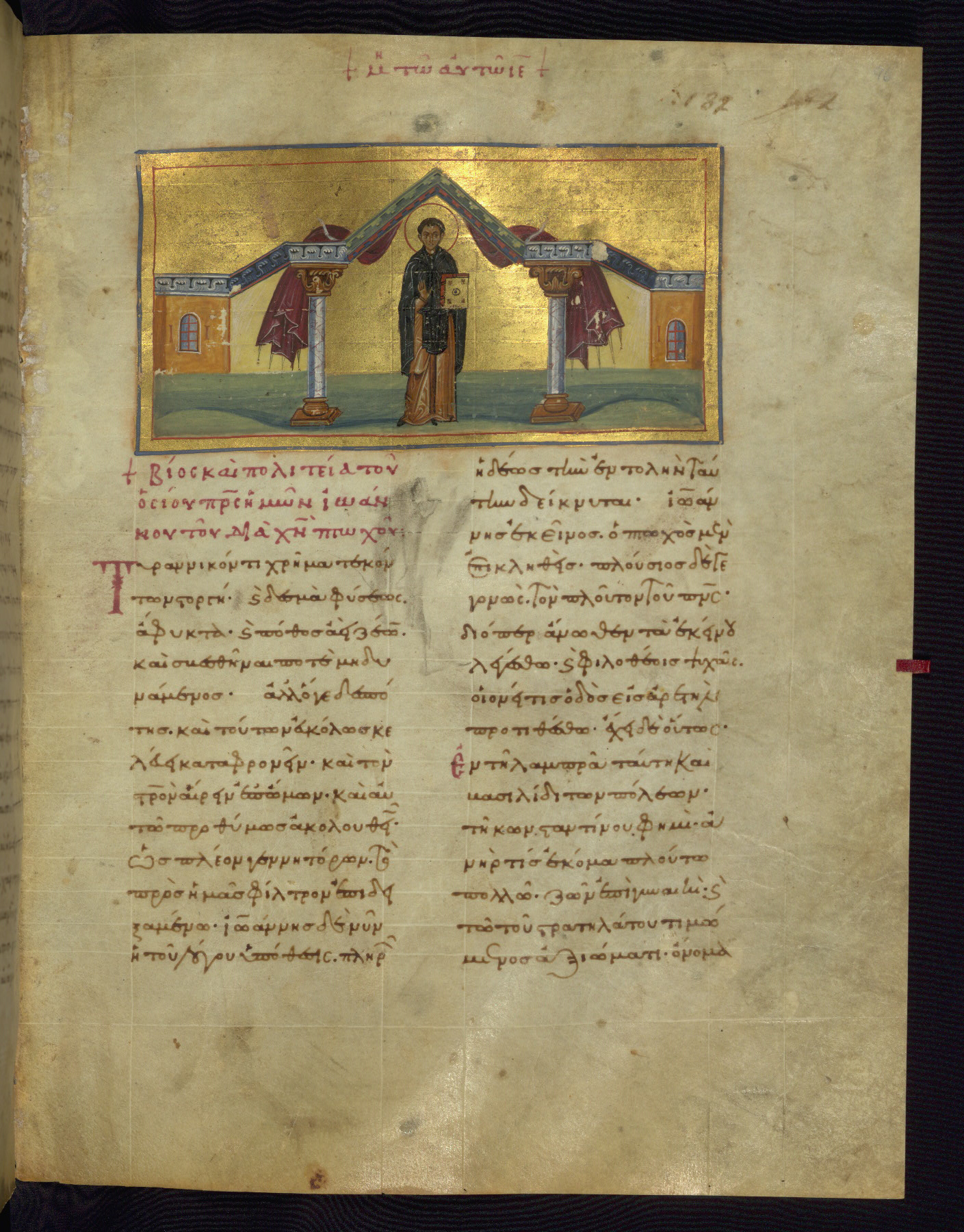 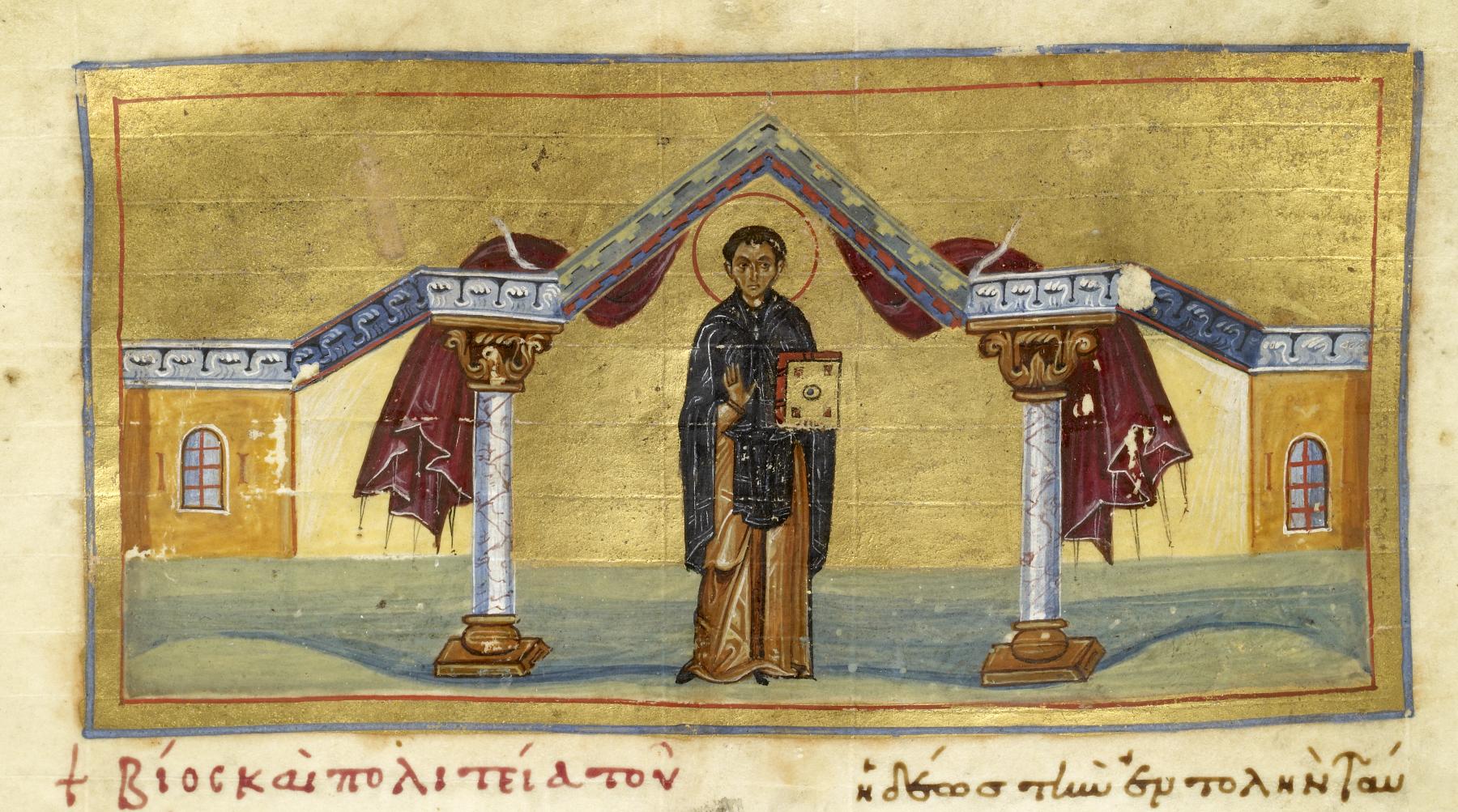 Leaf from "Imperial" Menologion: Life and Conduct of Our Holy Father John, Who Lived in Poverty for Christ's Sake

St. John Calybites (the "Hut-Dweller"), known for his ascetic life of extreme poverty, lived in Constantinople ca. 450. Before taking monastic vows, he asked his parents to buy him a decorated Gospel Book, which he is seen holding in this miniature.

This manuscript contains the biographies of saints whom the church commemorates in the month of January. It was originally part of a set that covered the whole year. A companion volume, with texts for March, now survives in Moscow (State Historical Museum MS Synod. gr. 183). Each chapter in both manuscripts opens with a miniature depicting the death of the respective saint, or less often, another significant event from his or her life. Each chapter also ends with a seven-line prayer for the well-being of an unnamed emperor. In these prayers, the first letters of the seven lines invariably spell "MIC[H]AEL P." This most probably stands for "Michael, patriarch" and refers to Michael Cerularius, patriarch of Constantinople from 1043 to 1059. He must have commissioned the volumes for the purpose of being read out in the emperor's presence, probably in one of the numerous chapels of the great imperial palace. A single leaf from the Walters' volume is now kept in Berlin (Staatsbibliothek zu Berlin MS graec. fol. 31). By the sixteenth century, a number of further folios were missing and paper leaves with text copied from a Metaphrastian Menologion were added to replace them.

Library of the Greek Patriarchate of Alexandria, Cairo, no. 32/33 [1]. Henry Walters, Baltimore; by bequest to Walters Art Museum, 1931. 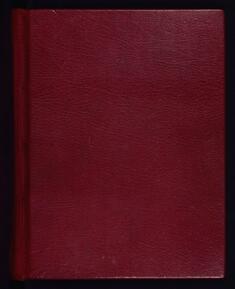