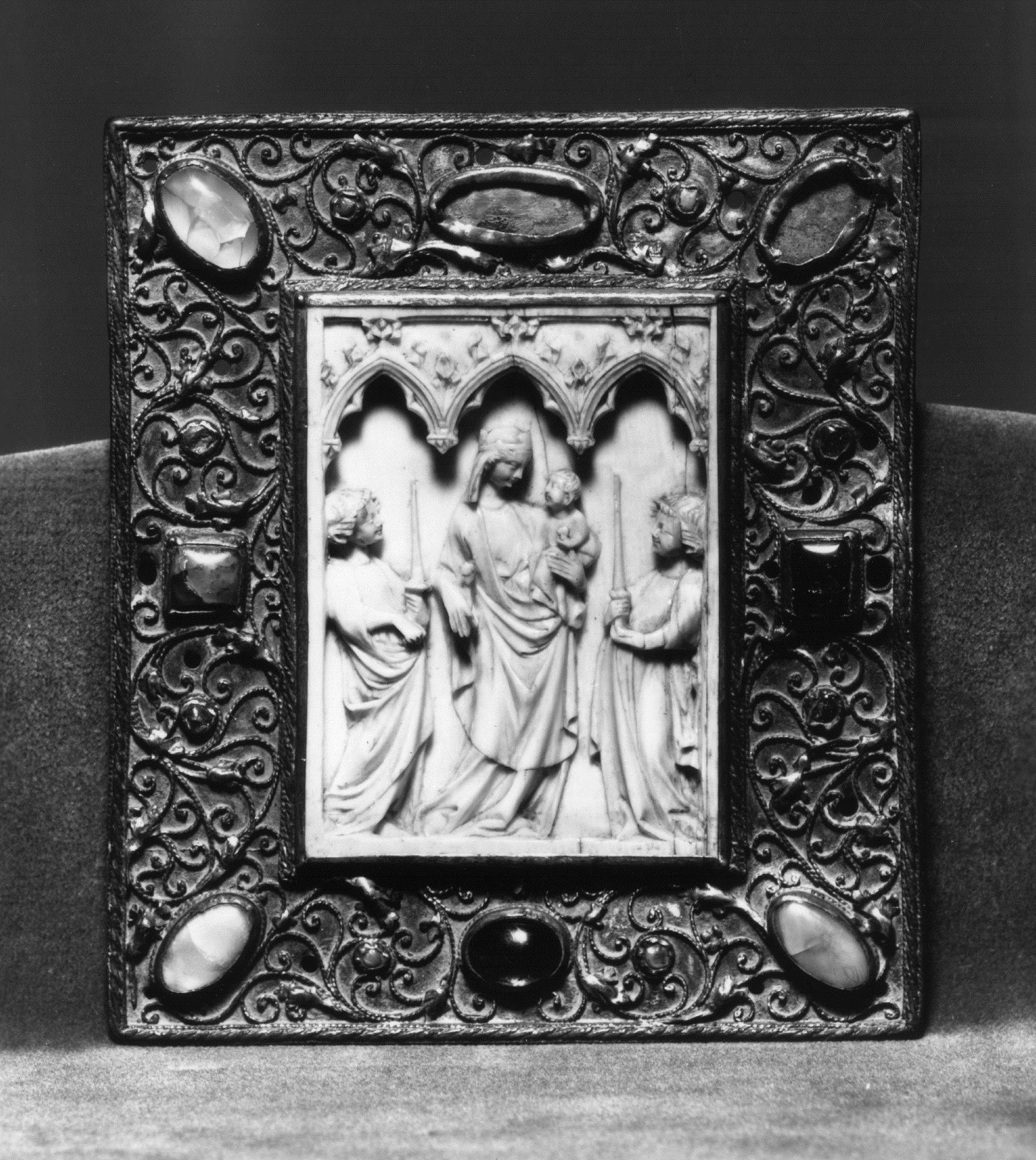 Virgin and Child with Angels

The small plaque was not made to be half of a diptych since it was never hinged. It may have been intended for a book cover. The 19th-century frame was made in the style of the 13th century and incorporates silver gilt, filigree, and cabochon stones and pastes. The standing Virgin holds the Child with her left hand and a stem of flowers in her right. She is shown between two candle-bearing angels beneath an arcade of three trefoil arches.