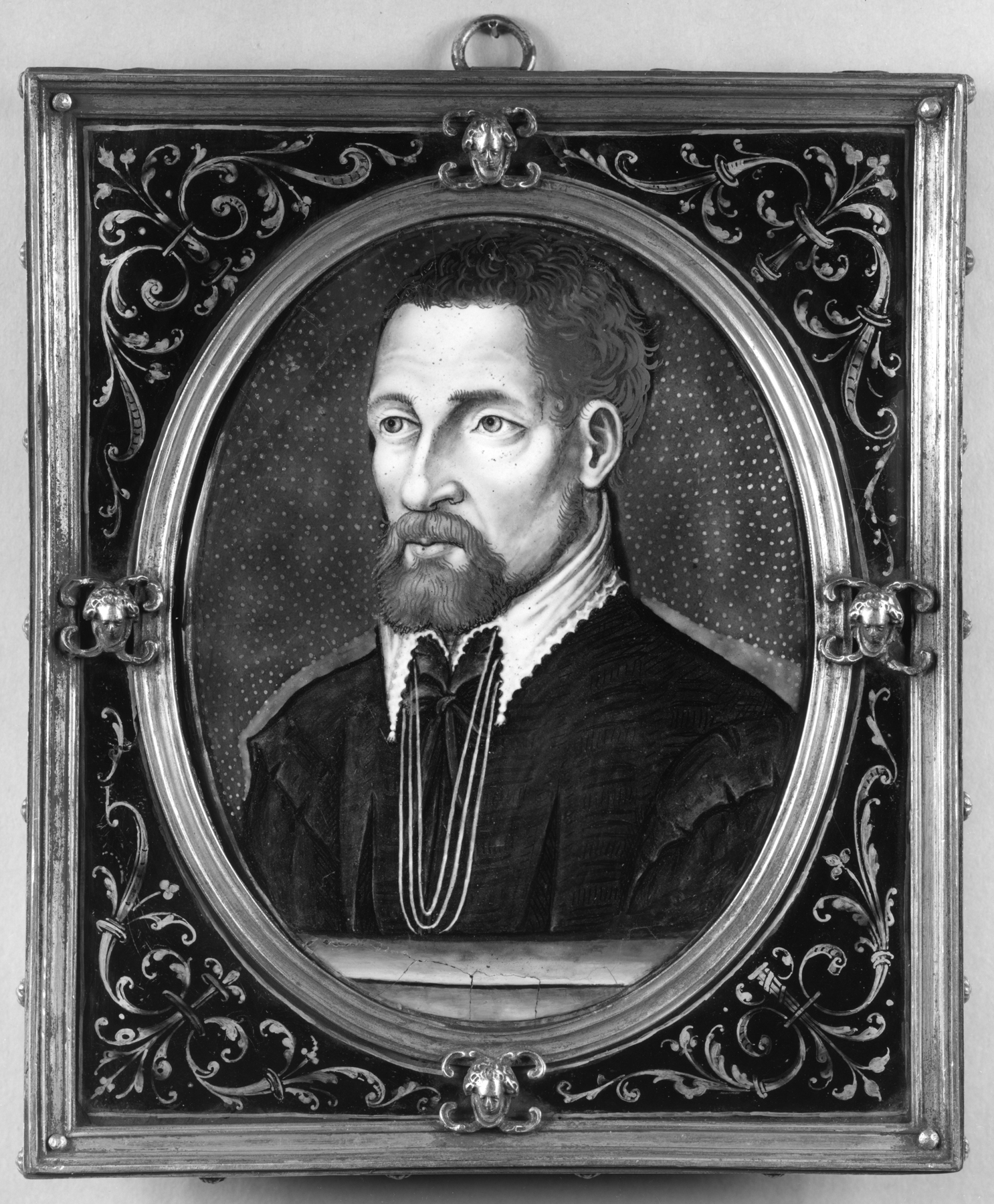 Portrait of Jacques-Auguste De Thou (?)

Portraiture, which flourished in the 16th century in France, continued for the most part in the Franco-Flemish tradition of the realistic, straight-forward likeness established at the end of the Middle Ages. Painted enamel on copper was a good medium for small portrits because the image is so clear and has something of the glossy character admired in objects intended for decoration of the home.