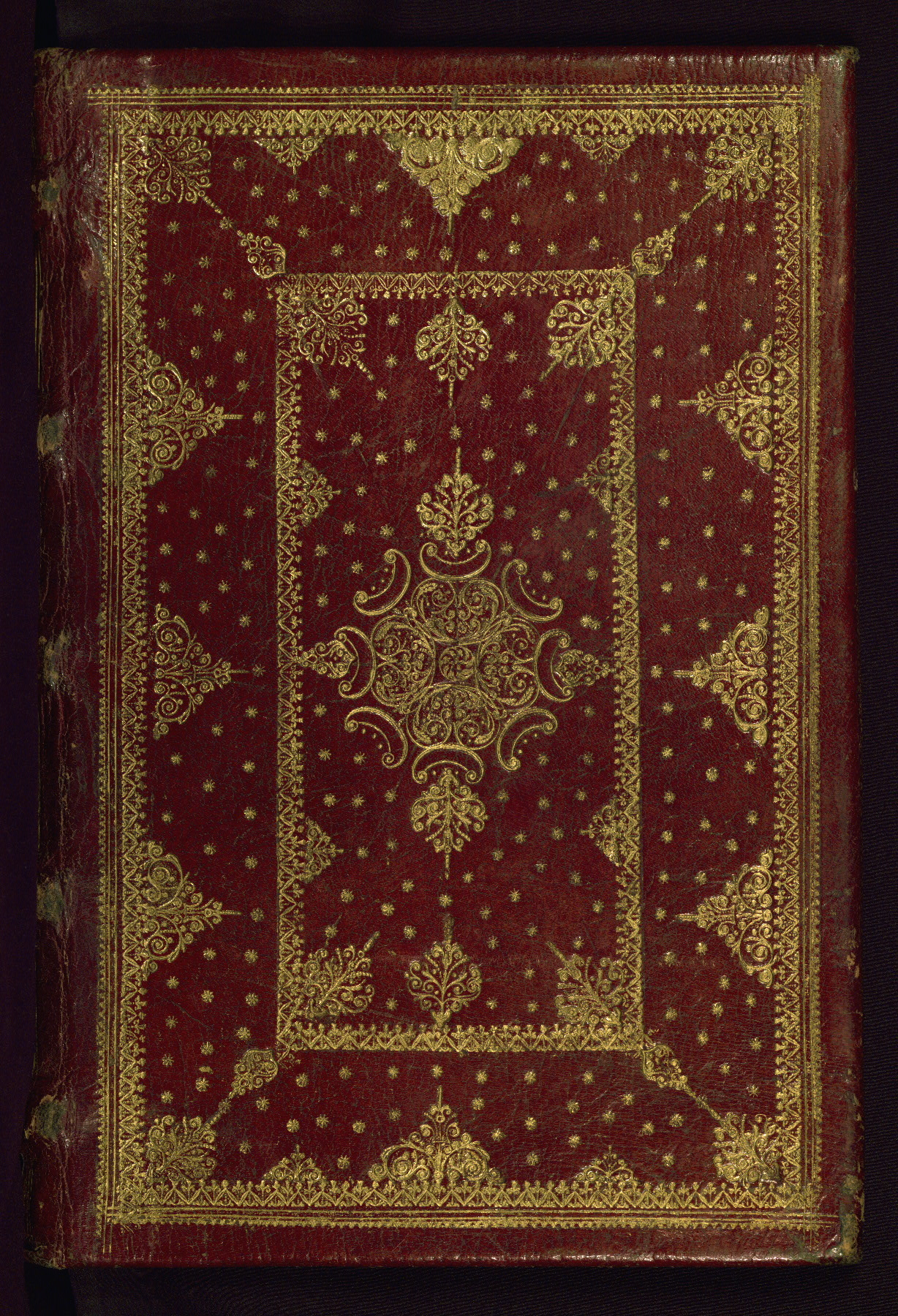 This large Book of Hours was created ca. 1440-50 in Bruges by the Masters of the Gold Scrolls. The original female patron was especially devoted to Franciscan and French saints, as evinced by the content of the calendar, litany, and suffrages. Although six images have been lost, the remaining seventeen miniatures and eight historiated initials are fine representations of the later work of the Gold Scrolls artists working in Bruges through ca. 1450.

[1] His bookplates (the design of which also served as his printer's device) on both front and back pastedowns, inscribed "TUTISSIMA VIRTUS PIETAS HOMINI"
[2] Recorded in Oxford copy of catalog in manuscript after p. 18
[3] "No. 28" on front flyleaf recto and contents list on front flyleaf verso
[4] His bookplate with monogram and "No. 1776" on front pastedown