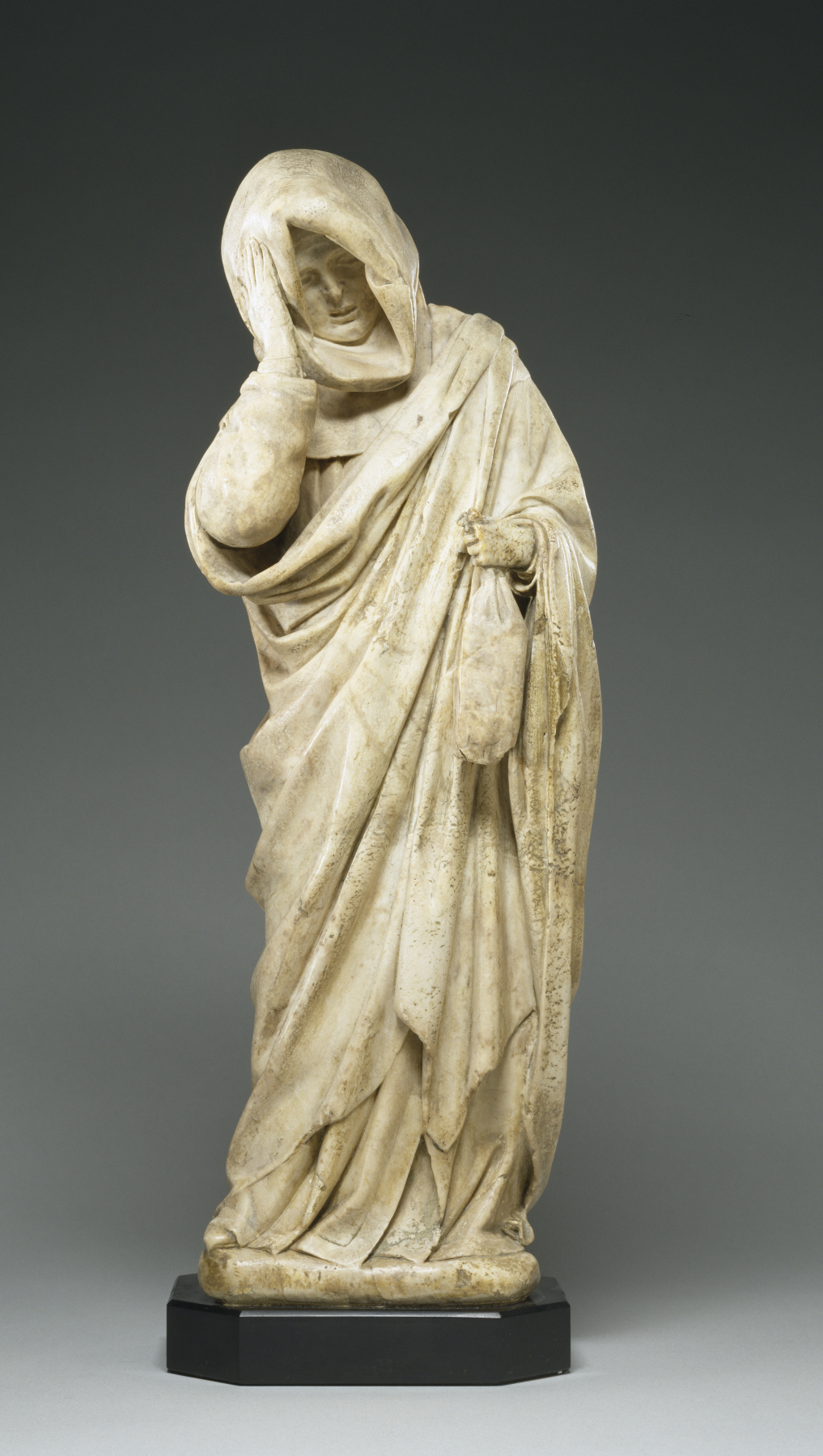 In a remarkable expression of realism, the artist conveys the "weight" of personal grief through the rhythmic interplay of heavy folds of drapery. The mourner's face is carved, but it would not have been visible to the contemporary viewer. In honoring the dead, funeral monuments of the late Middle Ages often re-created funeral processions through a cloister by placing figures of mourners in an arcade around the sides of the tomb. The tomb carved by the sculptor Claus Sluter (active 1375-1405) for the Burgundian duke Philip the Bold (1342-1404) in Dijon was the first featuring freestanding figures within a three-dimensional arcade. The Walters mourning monk must come from a slightly later tomb influenced by Sluter's new realism and monumentality.