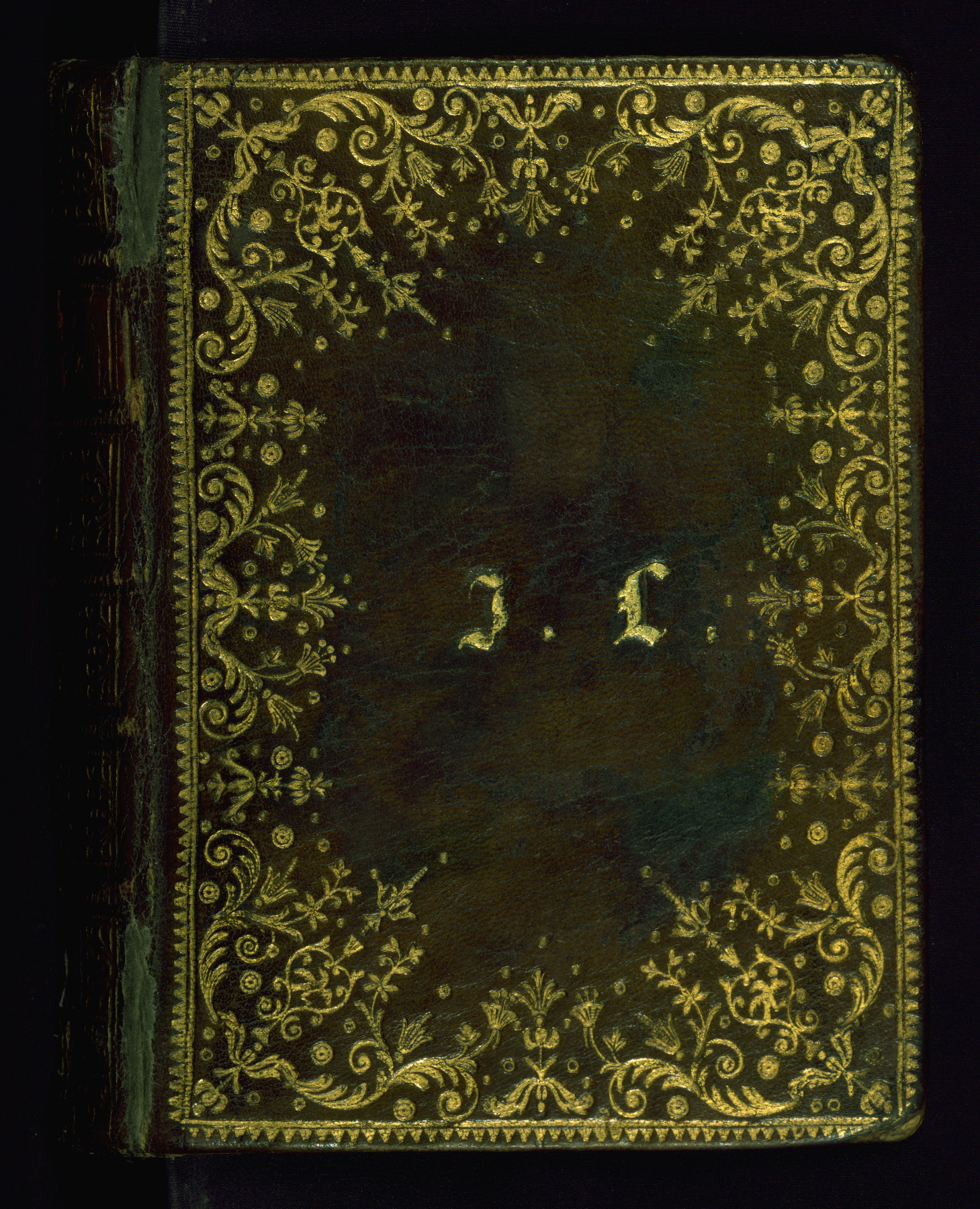 This Book of Hours was produced in the early fourteenth century in northeast France. The contents of the calendar suggest a Use of Saint-Omer, which was in the diocese of Thérouanne. The presence of a female figure kneeling in prayer accompanying the Pentecost suggests that the manuscript was made for a female owner. The calendar contains marginal illumination with the labors of the months and the zodiac symbols. There are seven full-page miniatures depicting scenes from the book of Genesis, unusually contained within architectural settings. Twenty-four historiated initials, initials decorated with human heads, and an abundance of marginal figures makes this manuscript exceptionally charming.

[1] Inscription on back flyleaf: "252 fojas escritas"
[2] Monogram added to the cover after rebinding