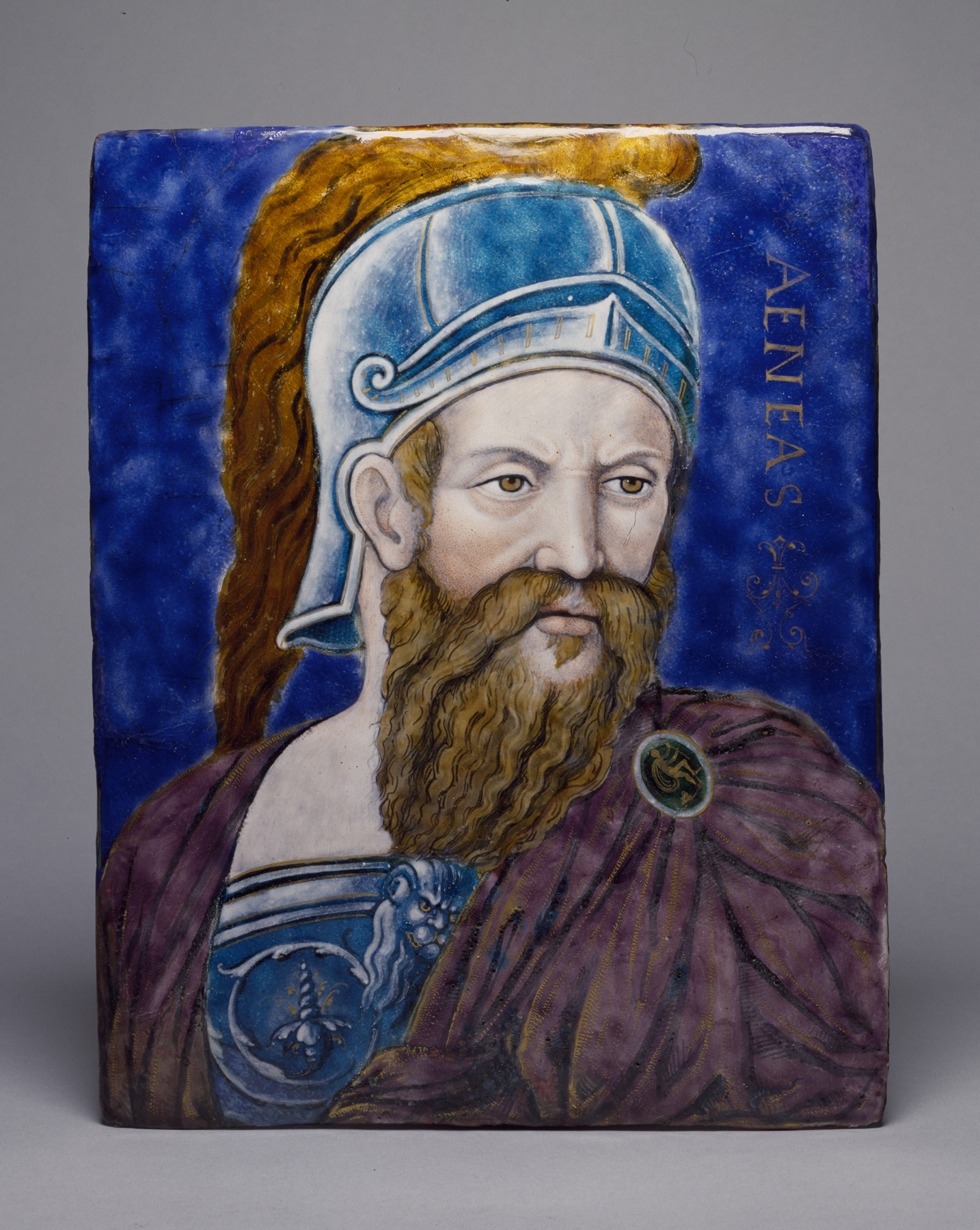 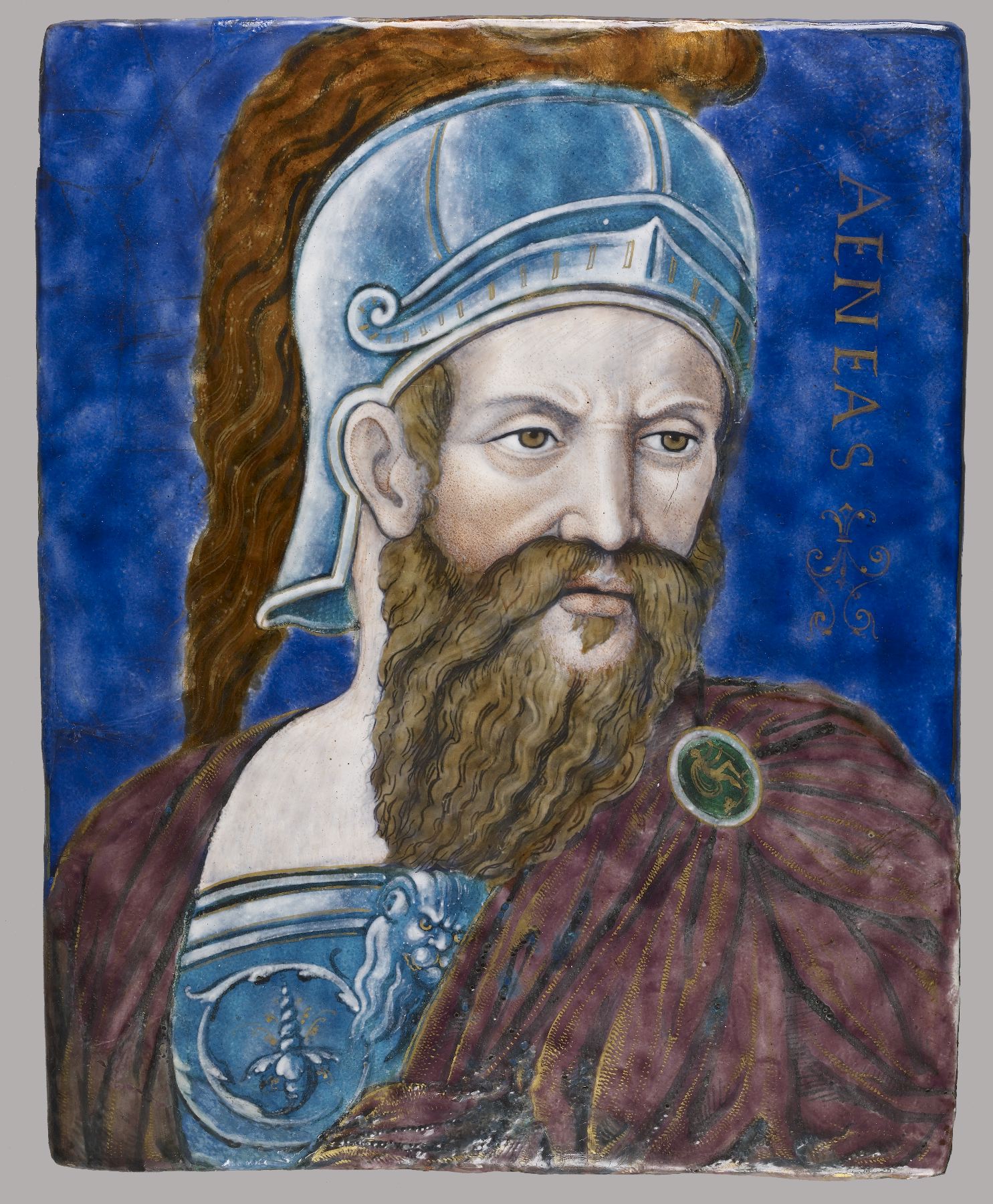 The Trojan prince Aeneas fled his burning city (around 1300 BCE) in what is now Turkey and, with companions, set out to find a new land to start again, as famously told by the Roman poet Virgil in the "Aeneid" (29–20 BCE). After years of wandering, they came to Italy, where he founded the city of Rome. He is pictured wearing a plumed helmet, a breast-plate enriched with a lion's mask, and a mantle fastened on his left shoulder by an intaglio brooch. This depiction references his brief landing at Carthage (in North Africa) and his infatuation with Queen Dido. See the companion plaque of Dido, Queen of Carthage, (Walters 44.240) for a discussion of the story and sources.

The plaques are from a series based on Ovid's pairs of lovers by the enamel painter to teh French court. 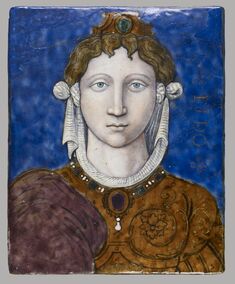