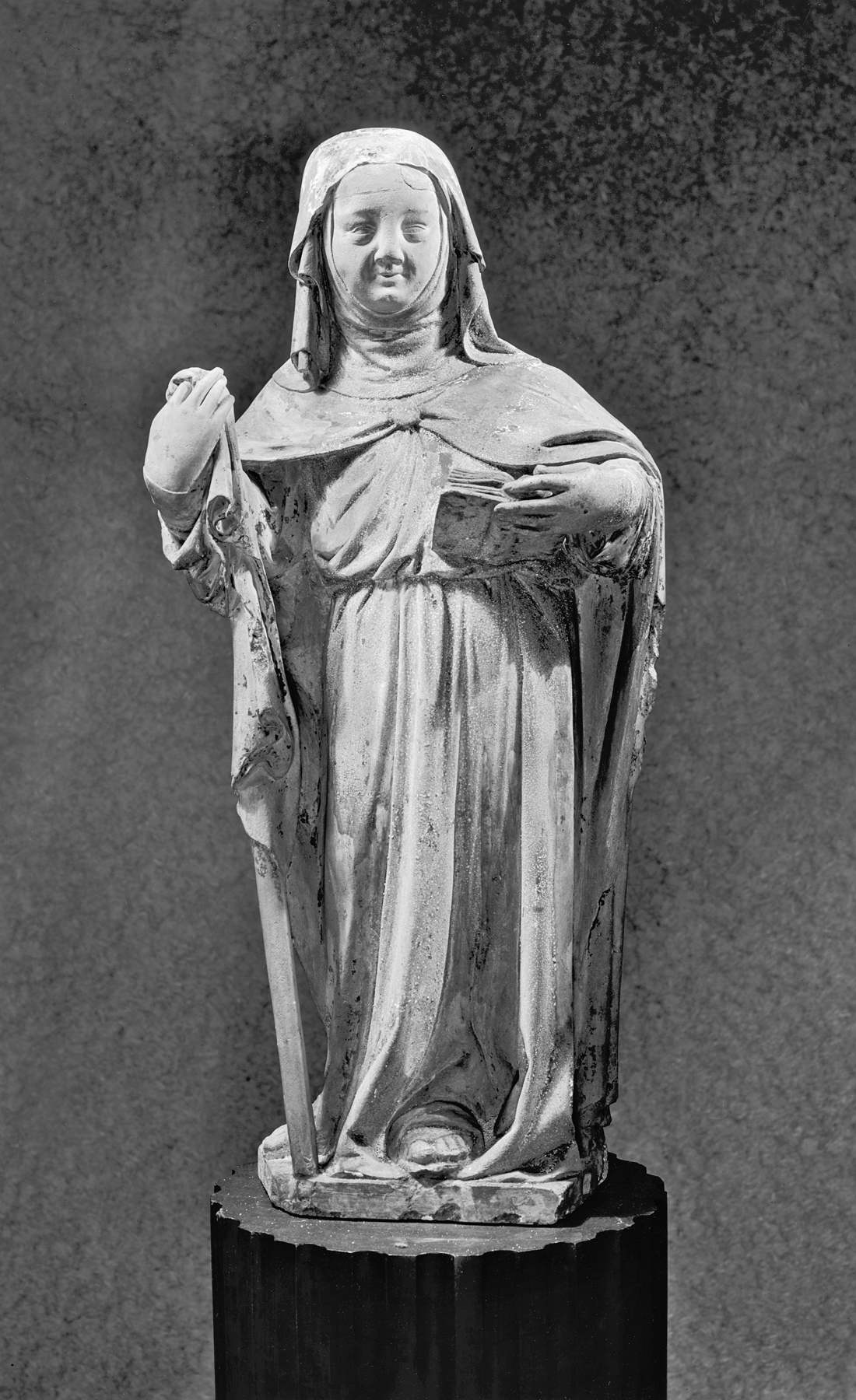 Saint Bridget (ca. 1303-1373) was canonized for her great piety and her exemplary dedication to the poor. Her greatest influence, however, was through her writings, recording her visions of Christ. These widely-circulated accounts-represented here by the book she carries-provided artists, especially in northern Europe, with sources for their imagery.

The remarkable suggestion of soft skin and mouth humanize the saint. This treatment is a fine reflection of how 15th-century artists conveyed the new interest in inner spiritual states through a naturalistic rendering of surface characteristics. In addition, the large head and small lower portions of this figure suggest that it was meant to be seen from below.